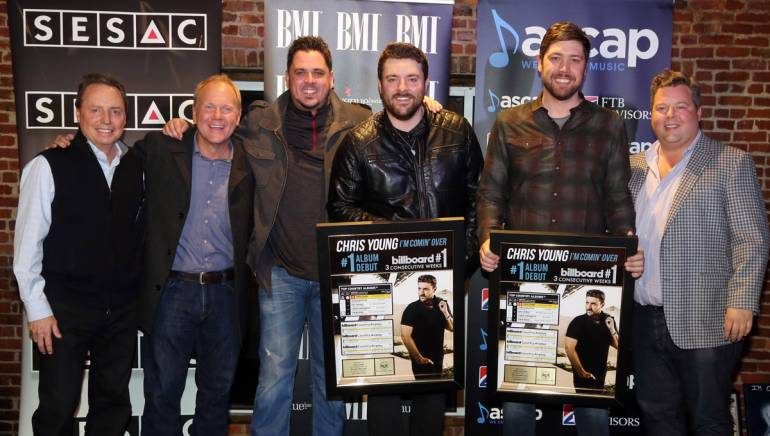 BMI songwriter and artist Chris Young and hundreds of his music industry friends came together yesterday evening for a special celebration at Nashville’s One in the Cannery, honoring his No. 1 album, I’m Comin’ Over, and the title-track’s three-week run atop the Billboard Top Country Airplay chart. As one of only two country artists to achieve a three-week chart-topper in 2015, Young and his “I’m Comin’ Over” co-writers Corey Crowder and Josh Hoge were surprised with the news of RIAA Platinum certification for the lead single, in addition to being presented with plaques recognizing the album and song’s many achievements.