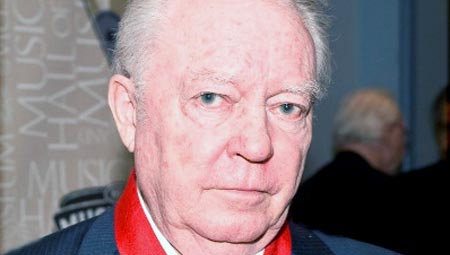 BMI Country Songwriter of the 20th Century and 2008 Musicians Hall of Fame inductee Billy Sherrill is one of the most prolific songwriters and producers of all time.

BMI songwriter Percy Sledge brought the audience to its feet with his performance of his career song “When a Man Loves a Woman,” while BMI songwriter Randy Houser delivered a powerful rendition of Charlie Rich’s “Behind Closed Doors,” penned by Billy Sherrill. Pictured are (l-r): Randy Houser, Percy Sledge and BMI’s Jody Williams. 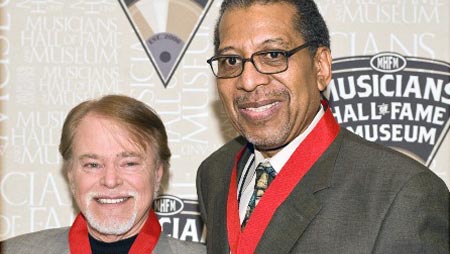 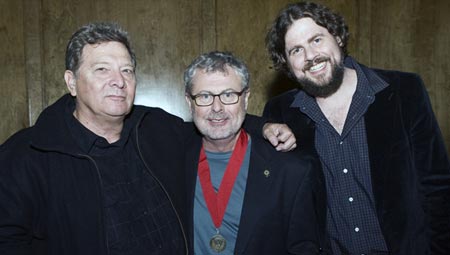 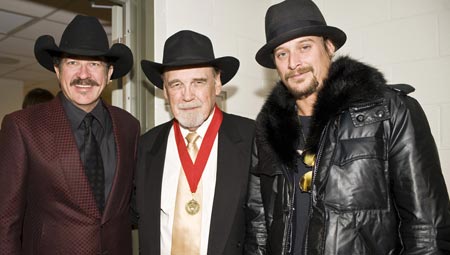 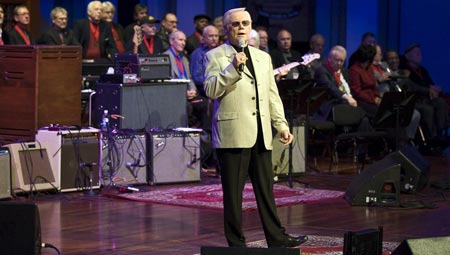 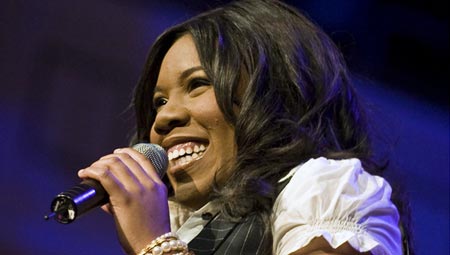 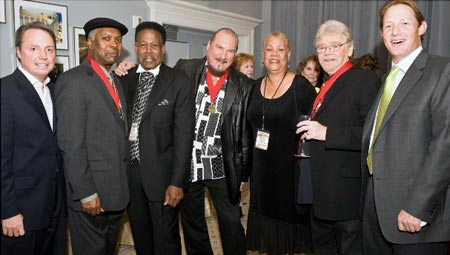 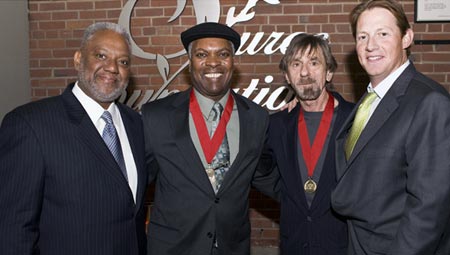 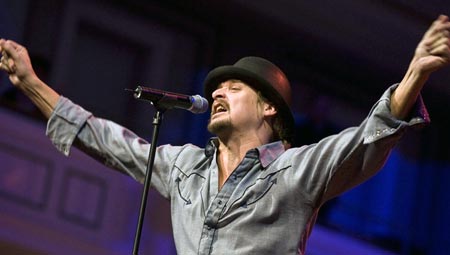 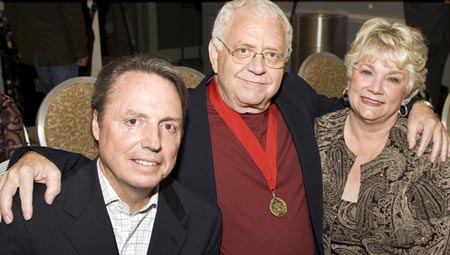 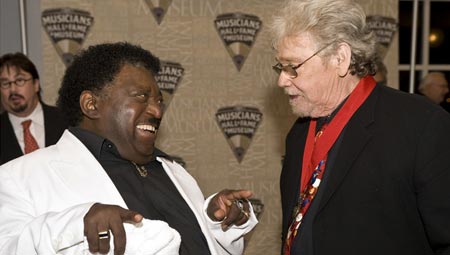 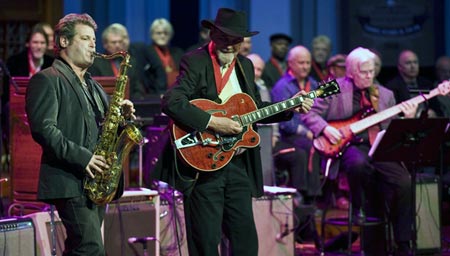 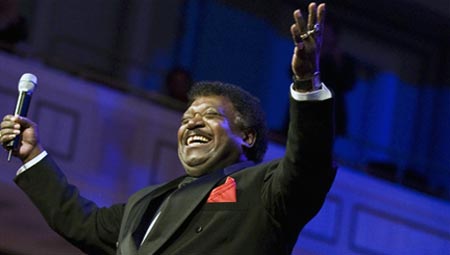 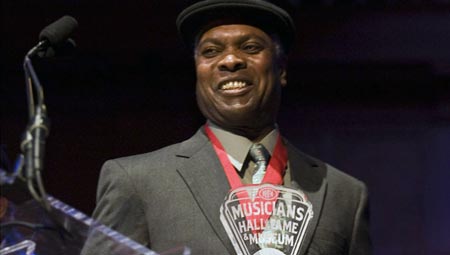 Booker T. Jones grins as he accepts his trophy. 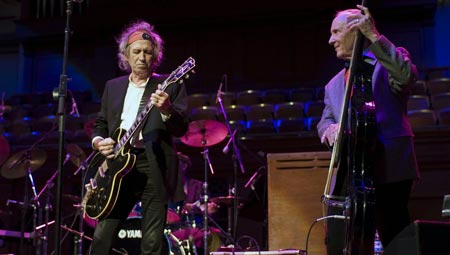 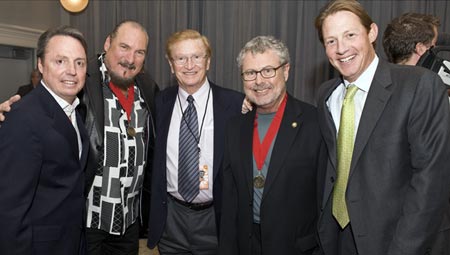