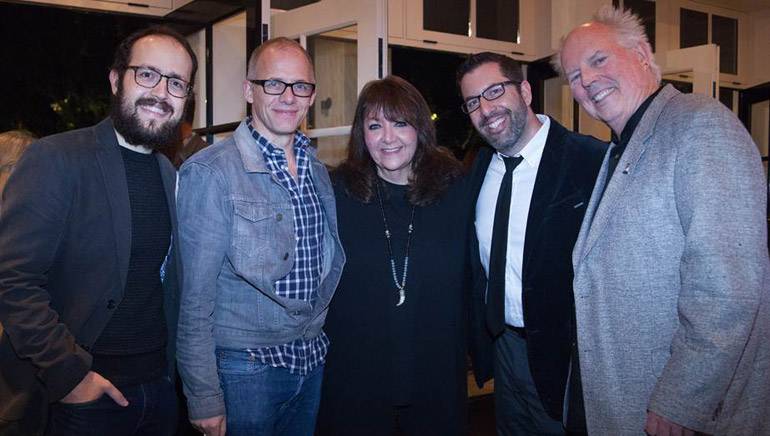 To celebrate their 20 year anniversary, The Mr. Holland’s Opus Foundation hosted a gathering at the home of MHOF Board member and producer of the original film Mr. Holland’s Opus, Robert Cort. The Foundation, which was founded by composer Michael Kamen and manager Robert Urband, donates musical instruments to under-funded music programs, helping to keep music alive in schools. BMI has been a staunch supporter of the Foundation since its inception in 1996. Foundation Vice-Chair and BMI Vice President, Film/TV Relations, Doreen Ringer-Ross, thanked some of the composers who have consistently donated to the Foundation over the years.