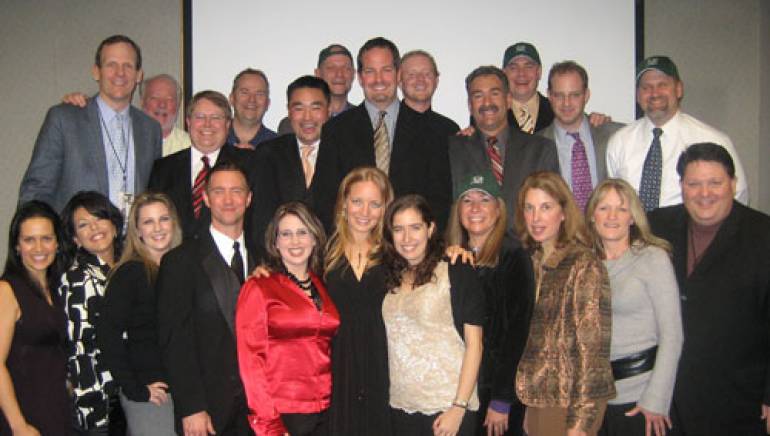 After her performance, the entire NNB group posed for a photo with Alissa (front, center). Also pictured are Alissa’s manager Felice Keller (to Alissa’s right), BMI’s Dan Spears (top left) and author/coach/motivational speaker Bill Resler (to the right of Spears).

BMI singer/songwriter Alissa Moreno was the featured entertainment at New Northwest Broadcasting’s Annual President Awards Banquet in Seattle, where each year they honor the company’s most productive sales executives. Alissa entertained the award winners as well as NNB management with songs from her new album, as well as cuts that have appeared in a number of television shows including Laguna Beach, The Hills, Hope and Faith, Wonderfalls, The Drive, How I Met Your Mother, and a variety of other projects. She also co-wrote “Every Day” with BMI Songwriter of the Year Jeffrey Steele, which is on Rascal Flatts’ new album and is expected to be released as a single in 2008.