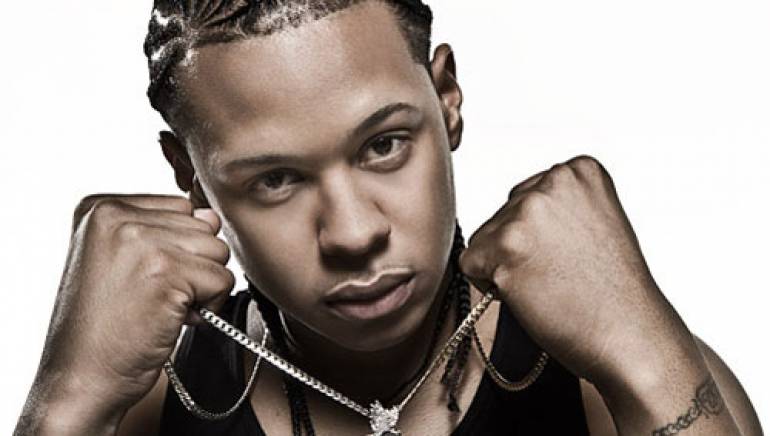 Fuego sees a bright future for the new hybrid: “I see [merengue urbano] getting very far internationally,” he says, “as long as you’re changing the sound and innovating."

What do you get when you mix the national music of the Dominican Republic with North American hip-hop? How about a new style of Latin popular music which looks poised to explode internationally?

Called merengue urbano (or “urban merengue”), it blends fast-paced, aggressive tropical merengue with urban hip-hop, rap and r&b. Superstars of merengue urbano such as Omega and Fuego perform primarily in Spanish but have adopted the style of America’s urban hip-hop stars. And while their music bears an unmistakable tropical Latin stamp, it’s with a modern, electronic flourish.

“Merengue urbano has been percolating around the scene for the past few years, since I’d say 2005,” says Porfirio Piña, BMI’s Senior Director, Latin Music. “But in the last two years it’s gotten national radio attention and activity on the Billboard charts.”

What’s fueled this growth is both cultural and aesthetic. Merengue urbano, like its Puerto Rican cousin reggaeton, is a product of second-generation immigrants: young people who fused the street music of urban America with the music of their parents’ homeland.

Take Fuego (born Miguel A. Duran), for example. He was born in Washington, D.C., but his parents hail from Santiago and Santo Domingo in the DR. The Duran kids grew up in D.C., Virginia and Maryland, but their home was filled with tropical Latin sounds played by their musician father.

“I’ve been surrounded by music since I was young,” says Fuego. “I used to play the music my father liked at home when I was younger, which was Hector Lavoe, Juan Luis Guerra, and Tono Rosario – all of those legends of merengue and salsa. And then, you know me, growing up in the streets and school and being with my friends, I liked to listen to a lot of hip-hop. I used to love Snoop Dogg, Tupac, Biggie Smalls, Bone Thugs-n-Harmony, and R. Kelly for r&b.”

“My thing is: party,” says Fuego of songs such as “Super Estrella” (“Super Star”), his hit which also featured Omega. “We’re spending money, or in the clubs, popping bottles. That’s pretty much where I get my sound from or my style from. That’s what I like to sing about, I make a party of everything. Every single I come out with is a party or involves a party. Even if it’s a love story, it’s a party!” 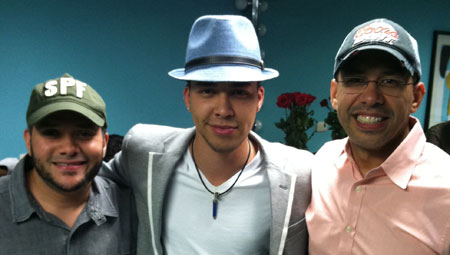 BMI’s Porfirio Piña (far right) pauses for a photo with BMI songwriters Pavel Nuñez (l) and Prince Royce at the Arena Del Cibao in Santiago, Dominican Republic on April 9. Prince Royce was preparing to hit the stage for a sold-out performance at the arena.

Merengue urbano may have started in Dominican immigrant communities, but its fast beats and fresh take on traditional tropical Latin music have made it popular in dance clubs around the world. This, more than anything else, has fueled its growth internationally, say insiders.

“Merengue urbano has helped keep the urban Latin movement afloat,” says music and film producer/entrepreneur Boy Wonder, who promoted reggaeton through his Chosen Few compilations. In 2008, Boy Wonder was looking for a new urban Latin sound for Chosen Few 3 when he hit upon merengue urbano, launching Fuego as the genre’s next big star. “I saw the scene being a baby and I said, you know what? This is a scene I can embrace with the Latin urban movement I captured about four years ago.”

Today, merengue urbano has expanded well beyond its Dominican roots. Cuban-American rapper Pitbull has embraced the sound, as has pop superstar Shakira – a Colombian – whose hit “Loca” was in the merengue urbano style. Her Spanish-language version of the song even featured Dominican rapper El Cata. Akon, the Senegalese-American r&b star, has signed Omega to his Konvict Latino label, and no less a trendsetter than Black Eyed Peas are rumored to be working on a merengue urbano song.

Says Boy Wonder, “You’ve got lot of urban artists who are now getting involved with urbano. Look at Daddy Yankee and Prince Royce – a reggaeton megastar and a future bachata star. They wrote a song together and it’s actually a merengue urbano single.” The song, “Ven Conmigo (Come with Me),” launched in late April 2011 and ignited, climbing the Billboard Latin Songs chart and the Latin Pop Songs chart.

So is merengue urbano the next big thing, or a flash in the pan? “Latin music is so unpredictable sometimes,” says BMI’s Joey Mercado, Director of Writer/Publisher Relations, Latin Music. Mercado works out of Puerto Rico and has witnessed reggaeton’s explosion. “Ten years ago people would discount reggaeton as music from the streets, from the projects, stuff like that. Then all of a sudden in 2006 it exploded to ridiculous proportions.”

At the very least, merengue urbano’s fun themes and danceability will keep it a club mainstay. And Fuego sees the sound changing to stay current.

“I see [merengue urbano] getting very far internationally,” he says, “as long as you’re changing the sound and innovating. Like, a lot what’s going on now is fusing merengue with the house sound and techno. That’s really popular right now and it makes sense, if you listen to it. It’s like the same kind of pace.”