Posted in MusicWorld on October 11, 2010 by Maria Browning 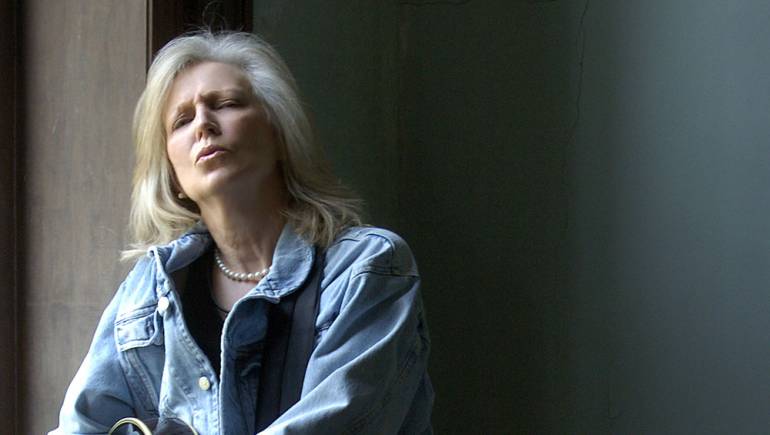 Big Lonesome, Marshall Chapman’s first album since 2006’s Mellowlicious, is not the record she had planned to make. Chapman had been hoping to record an album of duets with fellow BMI singer/songwriter Tim Krekel, but those plans ended with Krekel’s death in June 2009. His passing was an enormous personal loss for Chapman, who calls Krekel her “best friend in music.” Their friendship stretches back to 1987, when they were both members of Jimmy Buffett’s band. Over the years, their relationship deepened to include an ongoing performing and songwriting collaboration. “He became my favorite person to be on stage with,” says Chapman.

As she mourned the loss of her friend, Chapman found solace in songwriting. “I’d just pick up my guitar and then the songs came out, and that would comfort me,” she says. Some of those songs found their way onto Big Lonesome, including “Tim Revisited,” and “I Can’t Stop Thinking About You”—a ballad that, Chapman says, was “just sorta handed to me from heaven” by legendary songwriter Harlan Howard: “It sounds like a song he would write.”

Krekel himself is present on the record in more than spirit. Three of the songs—“Sick of Myself,” “I Love Everybody,” and the title track—are Krekel/Chapman compositions. Krekel’s voice appears on the title track thanks to Chapman’s discovery of a long-lost 1999 recording they made, and he sings with Chapman on a rollicking live version of “I Love Everybody,” recorded in May 2009. “That was the last time we played together,” she says.

The release of Big Lonesome on October 26 is just one achievement in what Chapman calls “a prolific year.” Her latest book, They Came to Nashville, is also due out in October, and she has a featured role in Country Strong, the new film co-starring Gwyneth Paltrow and Tim McGraw. Asked about her future plans, Chapman is characteristically wry. “I’m just holding on to whatever this is,” she says, “and then I tell everybody I’m gonna go disappear in Mexico, and find a canyon that has no cell phone connection and wash my clothes in a creek. That’s my future plan.”