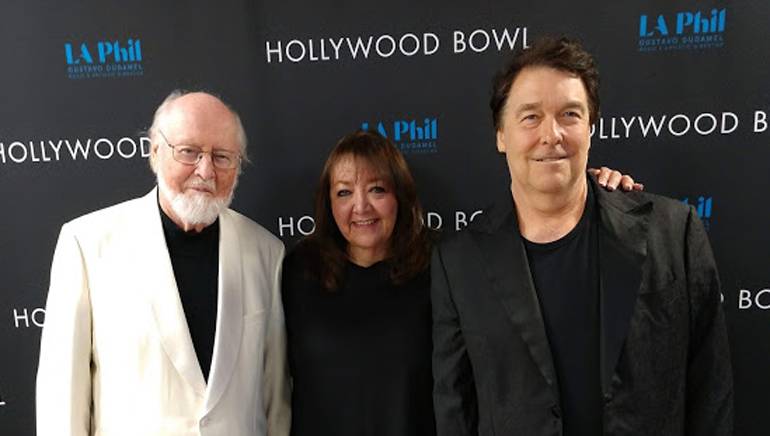 For three glorious nights over Labor Day weekend, “John Williams: Maestro of the Movies — 40th Anniversary Celebration!” commanded the stage at the Hollywood Bowl. The renowned composer-conductor led the L.A. Philharmonic, along with venerable guest conductor David Newman, for selections from his film scores, some of which were accompanied by memorable clips that took the audience back through the 40 years since Williams made his debut at the Bowl. The evening was capped off with an appearance by famed filmmaker Steven Spielberg, who helped celebrate the milestone and his iconic collaborations with Williams as only he could.