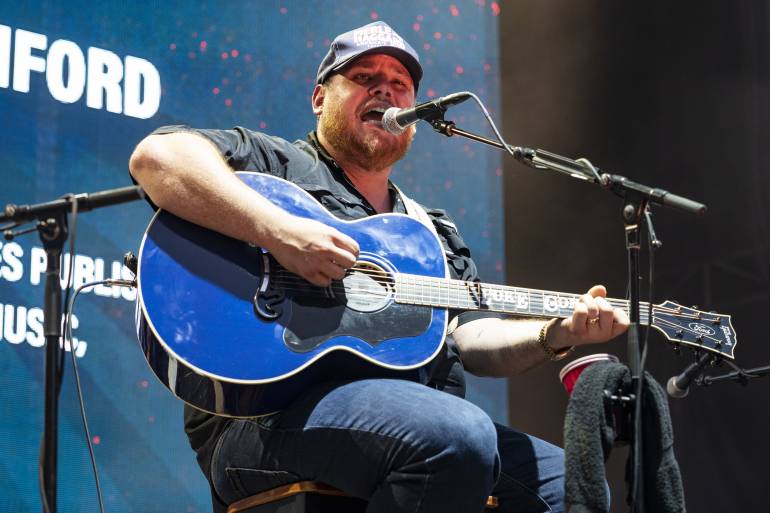 BMI hosted its biggest Number One Party ever in the Company’s Nashville parking lot in front of a
sold-out crowd of more than 8,000 fans. The June 9 event celebrated country superstar Luke Combs, 11 talented songwriters, and nine of his latest chart-topping singles: “Beautiful Crazy,” “Beer Never Broke My Heart,” “Even Though I’m Leaving,” “Does To Me, ”Lovin’ On You,” “Better Together,” “Forever After All,” “Cold As You,” and “Doin’ This.” He wrapped the night’s performance with “Hurricane,” a previous number one hit.

Read more about Luke and check out his music here.