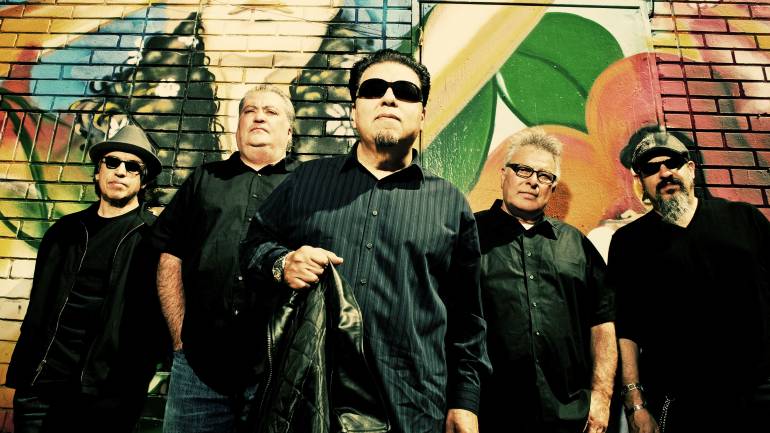 BMI will celebrate the career of Los Lobos by presenting them with the BMI Icon Award at the Company’s 24th annual Latin Awards, to be held at the Beverly Wilshire Hotel in Beverly Hills, CA. The event will be hosted by BMI President & CEO Mike O’Neill and Delia Orjuela, BMI Vice President, Latin Writer/Publisher Relations.

The BMI Icon Award is presented to songwriters who have had a unique and indelible influence on generations of music makers.

“Los Lobos have been musical ambassadors to the Mexican-American community,” said Orjuela. “Their music reflects the diversity and musical heritage of America, weaving together blues, rock, norteño, and cumbia. A journalist once best described it as ‘the soundtrack of the barrio.’ “

In addition to the Icon award, BMI will also crown the Latin Songwriter, Song and Publisher of the Year, as well as salute the writers and publishers of the past year’s most-performed songs from BMI’s Latin catalog at the invitation-only event. In an effort to better reflect the way consumers are listening to today’s music, BMI is expanding its criteria to determine the most-performed Latin songs of the year. In addition to terrestrial radio performances, for the first time, data will also include performances from digital streaming services and satellite radio.

One of the most acclaimed American bands of the past four decades, Los Lobos are seasoned musical veterans. The group was formed in 1973 by four students (David Hidalgo, Louie Pérez, Cesar Rosas, Conrad Lozano) at Garfield High School in East Los Angeles. Steven Berlin joined the band in 1983. Since then, Los Lobos have been exploring the artistic and commercial possibilities of American biculturalism, moving back and forth between their Chicano roots and their love of American rock ‘n’ roll. Los Lobos leaped into the national spotlight in 1987 when their cover of Ritchie Valens’ “La Bamba” became a No. 1 hit. Across four decades, Los Lobos have explored virtually the entire breadth of American vernacular music, from rockabilly to primal punk rock, R&B to country and folk, Mexican son jarocho to Tex-Mex conjunto and Latin American cumbia. In the process, they’ve sold millions of albums and won acclaim from fans and critics alike, including three GRAMMY Awards and one Latin GRAMMY. They have been guests on albums by Ry Cooder, Elvis Costello, The Fabulous Thunderbirds, Roomful of Blues, and Paul Simon, and their music has been featured in films such as La Bamba and Desperado.