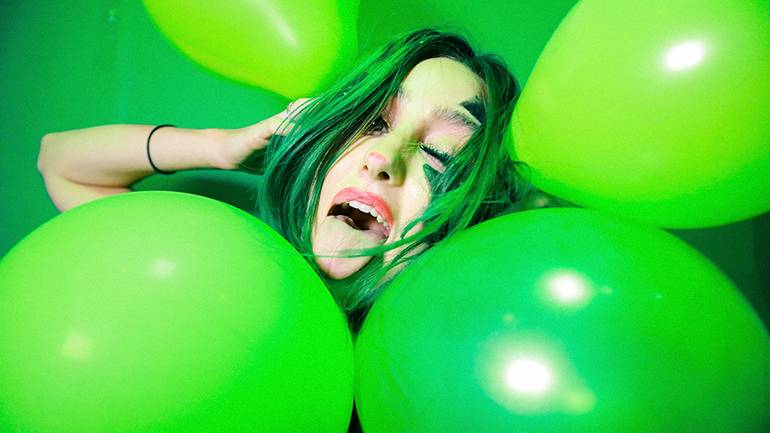 While remaining completely independent, the writer, vocalist, and producer known as phem is breaking the music scene. Her EP, VACUMHEAD, was released in 2019, and the project not only earned her millions of streams, but also a cult following of fans who love her tales of creativity, sexuality, and self-discovery. Through the gifts of solitude and understanding, phem has co-written songs with artists like G-Eazy, Machine Gun Kelly, Lil Tracy, and Iann Dior, and in 2020, she released a series of new singles and an EP called how to stop hating urself (pt 1). Earlier this year, she was a featured artist on Tyler Posey’s single “Shut Up” alongside Travis Barker, and how to stop hating urself (pt 1.5) dropped in March. Check out “SICK,” phem’s collaboration with American Teeth and DE’WAYNE, out now.