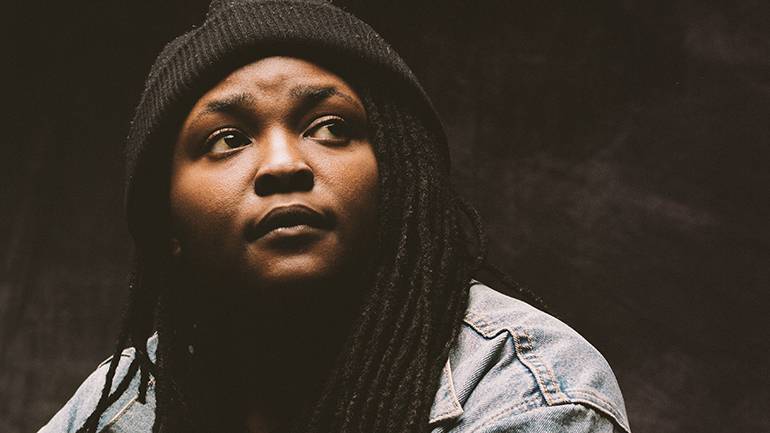 Joy Oladokun is a delightfully eccentric first-generation Nigerian American singer, songwriter, and producer. Oladokun grew up in Casa Grande, Arizona in a primarily white town surrounded by images of white men with guitars, but when she caught a glimpse of Tracy Chapman performing to a full stadium with her guitar, she was mesmerized. Oladokun began releasing music independently (including her first album, 2016’s Carry), and her song “No Turning Back” made the rounds on social media following its inclusion in a pregnancy announcement from singer, Ciara. Oladokun’s songs have been featured on NBC’s This Is Us, ABC’s Grey’s Anatomy and Showtime’s The L Word: Generation Q, and she has received recognition from Billboard (Top 10 Best LGBTQ Albums of 2020) and NPR (“i see america” among the “100 Best Songs of 2020”). Her latest album, in defense of my own happiness, made its debut in June and features poignant messages in songs like “look up,” “jordan,” and “Bigger Man” featuring BMI affiliate, Maren Morris. A deluxe version of the album dropped in July.