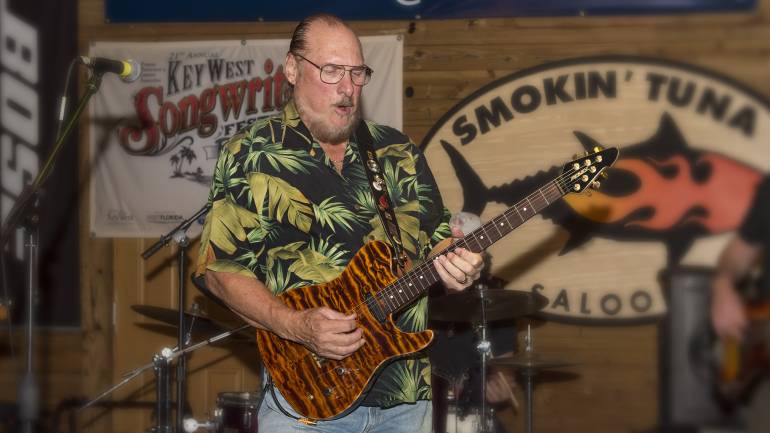 In the pantheon of American music, guitarist and songwriter Steve Cropper is a titan of classic R&B, soul, funk, blues and rock ‘n’ roll. With that legacy, on December 1 the celebrated Cropper will present four historic instruments to the Smithsonian’s National Museum of American History. In an event made possible by both BMI and the Songwriters Hall of Fame, Cropper will donate three Fender guitars that he played with Otis Redding on “(Sittin’ on) The Dock of the Bay,” in the Blues Brothers movie, and on other significant recordings, and an amp Cropper used with Booker T & the MGs on their 1962 hit recording “Green Onions.” During the ceremony, the longtime BMI affiliate will perform some of his classics and be interviewed by the national institution’s Curator of Music, John Hasse.

“In terms of the lexicon of American popular music, Steve Cropper is a crucial figure,” says Charlie Feldman, Vice President Writer/Publisher Relations of BMI. “His contributions as a songwriter, record producer and truly innovative guitar player enriched and informed musical genres across the spectrum. For this prestigious institution to be honoring his work in this way is entirely fitting. These instruments are literally the tools that helped shape American music.”

As a founding member of Booker T & the MGs, the storied house band of Memphis’ Stax Records, Cropper’s signature bursts of guitar on cuts like “Green Onions” and “Time is Tight” helped define the sound of an era. He has co-written, collaborated and played alongside a host of formidable names, from Redding, Wilson Pickett and Aretha Franklin through Eric Clapton, the Blues Brothers and David Bowie. Cropper was inducted into the Rock & Roll Hall of Fame in 1992 as part of Booker T. & the MGs, and has also been inducted into the Songwriters Hall of Fame, the Nashville Songwriters Hall of Fame, the Rhythm and Blues Hall of Fame and the Missouri Hall of Fame. Among his many accolades, he’s earned three GRAMMY Awards and a star on the Music City Walk of Fame. With a long line of accomplishments, this distinguished donation speaks to Cropper’s role as a national treasure.

Members of the public interested in reserving seats for the Steve Cropper Donation Ceremony may request tickets by visiting http://americanhistory.si.edu/reservation/ceremony. Space is limited and reservations will be on a first-come, first-served basis. There is a limit of two seats per request.