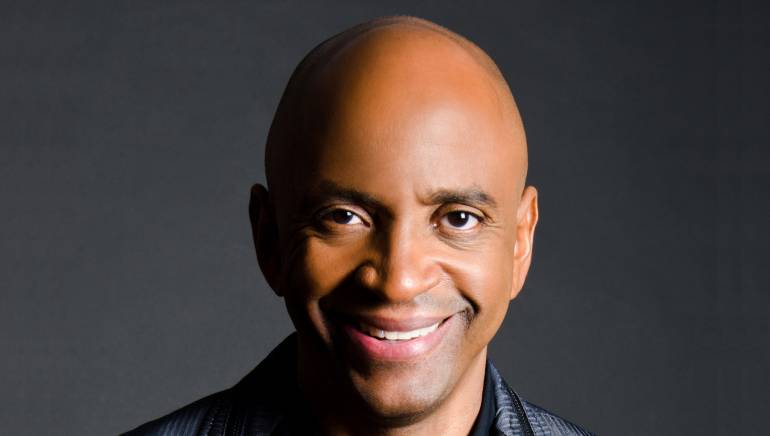 Once upon a time, salsa reigned supreme. Great singers from Cuba, Venezuela, Panama, Puerto Rico, Colombia and Dominican Republic introduced this vibrant genre to the world and we collectively moved to the clave, connecting with its universal message. As legendary BMI-affiliated salsa producer Sergio George puts it, “Not only was salsa the dance of dances, but it gave people hope, something to relate to, something to dream of, the possibility of romanticism during the toughest of times, a respite for the poor.”

Somewhere along the way, though, the movement lost momentum and was overshadowed by other genres. Whereas in the 1970s, 1980s and 1990s, salsa ruled the airwaves, today, it is the focus of few Spanish-language stations. Leave it to George, the son of Puerto Rican parents who experienced the birth of salsa firsthand in New York City’s Spanish Harlem, to “step up to the plate for the genre and shout to the four winds that salsa is not an archaic genre or some remote historical phase.”

The result is the CD/DVD, Salsa Giants, which was recorded live at the 2012 Curaçao North Sea Jazz Festival and brings together some of the greatest figures of the genre, including Oscar D’León, Willy Chirino, Marc Anthony, Luis Enrique, Charlie Zaa, Cheo Feliciano, José Alberto “El Canario,” Tito Nieves and Andy Montañez. The album even features a Japanese salsa artist, Nora, and the Orquesta de la Luz, a testament to salsa’s ability to transcend language and barriers. It was an unforgettable experience for a producer who has been instrumental to these and other artists’ careers.

“It was special because they all agreed to do it,” says George, who executive-produced the album with Gregory Elias. “To be honest with you, I didn’t know that they all held me in such high regard. Some of these guys I’ve known for over twenty years and I’ve never spoken to them as openly as I’m speaking to them now. It went beyond music and it became a human thing about appreciation for people. I had so much appreciation for them anyway and it grew even much more so.”

For his work on Salsa Giants, George won Producer of the Year at the recent 2013 Latin GRAMMYs. He also won in the Best Tropical Song category for “Para Celebrar,” which he co-wrote with Jorge Luis Piloto, and earned the award for producing and mixing Record of the Year, “Vivir Mi Vida,” which Marc Anthony recorded. But as game-changing a figure as he is, George didn’t always have this kind of industry recognition. “I started having success in the ‘80s, but it took me about twelve or thirteen years to get my first nomination,” he says. “So it was a long road. When you keep working hard and not expect anything in return, it pays off in the long run.”

He may have amassed plenty of trophies by now, but George isn’t taking any of it for granted. “At the end of the day it’s your peers - producers, artists, people in the industry - who vote for these kinds of things. That, for me, is important because the goal is always to have commercial success but also artistic success. Sometimes it’s not easy to achieve both.”

Up next George says he is focusing on developing some of the younger artists on his Top Stop Music label roster, such as salsa artist Valentino and bachata princess Leslie Grace. Using the mark of a great producer, which is balancing the consumer’s demand with the artist’s vision, he hopes to take what started with Salsa Giants and turn it into a full-fledged salsa renaissance.

“I’m excited about where salsa is at because it’s nowhere right now,” says George, optimistically. “That’s good because you’re basically building it from zero. In the last fifteen years there’s been a loss of interest from young people in the United States, Latinos, for salsa music. Maybe the music got too complicated for them, maybe it wasn’t fun anymore; it wasn’t hip. Whenever young people decide to check out, the music dies. So now it’s time to start basically bringing it back with new young talent, with new ideas.” If anyone can make it happen, it’s Sergio George. Join us in congratulating him for a fantastic year.