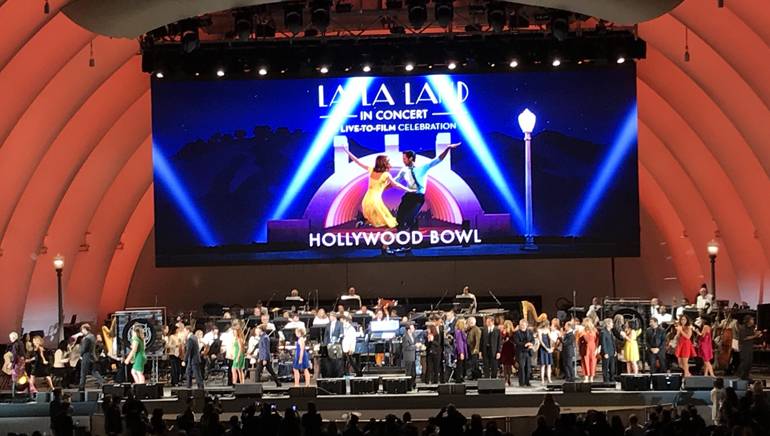 When BMI composer Justin Hurwitz conducted his award-winning score during “La La Land in Concert: A Live to Film Celebration” at the Hollywood Bowl over the weekend, he couldn’t have met a more receptive or captivated audience. The picture, which was accompanied by a live orchestra, was a blockbuster hit yet again, proving that it deserves all the accolades it’s received. Adding to the event’s success was the inclusion of many of the soundtrack’s original musicians who were featured players at the performance, such as esteemed pianist Randy Kerber who played the keyboard parts that Ryan Gosling shadowed in the film.

BMI’s Doreen Ringer-Ross and Reema Iqbal were in that insatiable audience applauding Hurwitz and the accompanying musicians’ work one more time before the production goes on tour across the U.S. with additional dates in the U.K., Canada, Mexico, Italy, Turkey and Switzerland. This is one show you don’t want to miss!