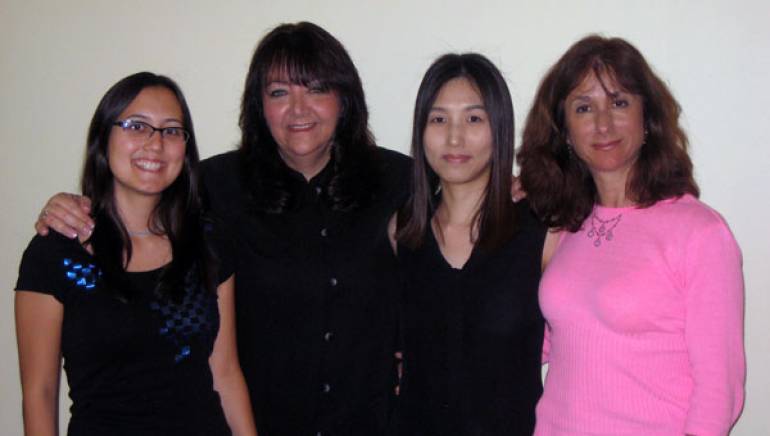 Korean-born JJ Lee is a composer who currently writes music for film and TV in Los Angeles. She is known for her unique style of music utilizing both jazz and classical and has won many awards and competitions including Sundance Composer Fellowship, the Society of Composers and Lyricists’ mentor-internship, Game Audio Network Guild’s composition competition, and the Berklee Achievement Scholarship. Her most recent credits include the feature Blind Ambition and the ABC series At the Movies. As an orchestrator, she has worked on numerous major studio features, including 9, The Code, Gears of War 2 (VG) and Transformers: Revenge of the Fallen (VG). Her music has been deeply influenced by Bill Evans, George Gershwin, and John Williams.

The BMI/Jerry Goldsmith Film Scoring Scholarship is an annual award presented to a student in the UCLA Extension Film Scoring Program. The scholarship was named in honor of Oscar and Emmy Award-winning film and television composer Jerry Goldsmith, who passed in 2004. The scholarship partially underwrites the recipient’s study in the UCLA Extension Film Scoring Program, a continuing education program designed to help composers develop the specialized skills and contacts needed to pursue a successful career in film scoring.

“This scholarship is part of BMI’s overall commitment to music education and career development for new composers. Jerry was a definitive, iconic film composer, a master at his craft, and a huge mentor and supporter of young composers. He always took an interest in and made the time to meet with each of our previous scholarship recipients. BMI is proud to continue this program in his honor,” said BMI’s Doreen Ringer Ross.