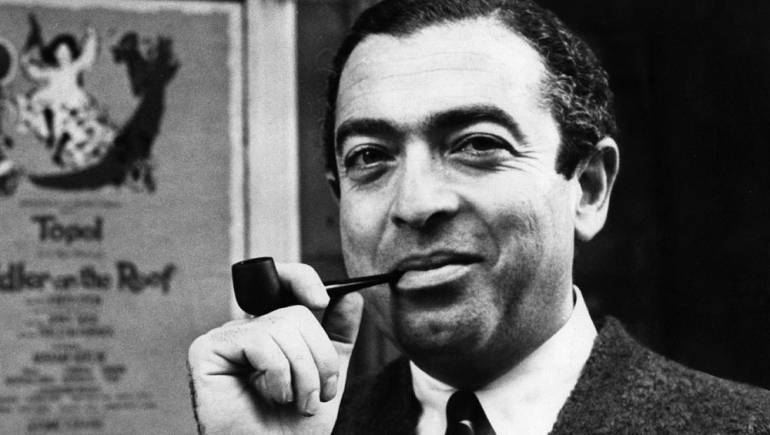 Jerry Bock in 1967 outside a theater where Fiddler on the Roof was being performed. Photo: Hulton Archive / Getty Images

He was the creative firestorm behind scores for Broadway musicals including Fiddler on the Roof, Fiorello!, She Loves Me, The Rothschilds, The Apple Tree and Tenderloin. Along with his frequent collaborator, the lyricist Sheldon Harnick, Bock charmed critics and mesmerized the public.

In 1959, he and Harnick shared the Tony for Best Musical Fiorello!, which also garnered the pair the Pulitzer Prize for Drama. A second cultural touchstone, Fiddler on the Roof, followed, winning Bock and Harnick another Tony, this time for Best Composer and Lyricist. He served on the BMI Foundation’s artistic advisory panel for two decades. In 1997, the BMI Foundation established the Jerry Bock Musical Theatre Award, which is bestowed upon a project developed in the acclaimed BMI Lehman Engel Musical Theatre Workshop.

Mr. Bock is survived by his wife of 60 years, Patricia, as well as their son George, daughter Portia, and granddaughter.