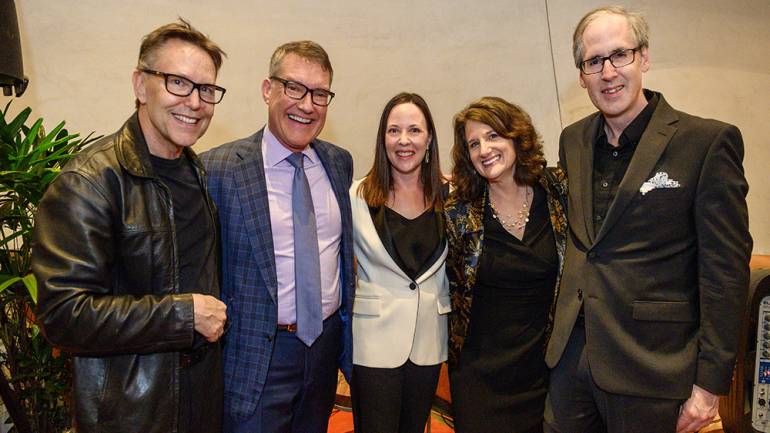 As promised, the Los Angeles Master Chorale’s world premiere of Jeff Beal’s score to FW Murnau’s 1927 classic film Sunrise: A Song of Two Humans delighted the audience. Conducted by Grant Gershon, with sopranos Holly Sedillos and Suzanne Waters, along with tenor Michael Lichtenauer, the award-winning BMI composer’s musical take, with libretto by his wife, Joan Beal, is now sure to live on with other renowned and beloved ensembles. Following the mesmerizing performance of the commissioned work, BMI’s Senior Director, Creative, Film, TV and Visual Media Anne Cecere joined the Beals’ at a reception in honor of their work.