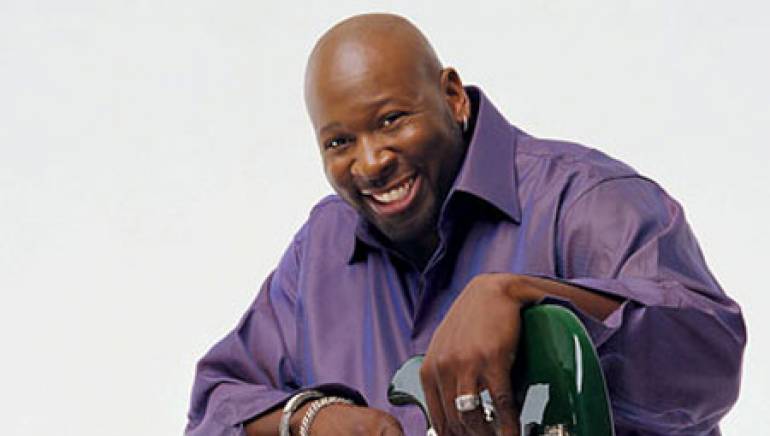 Jazz musician, basketball star, and BMI composer Wayman Tisdale died May 15 in Tulsa, Oklahoma. He was 44 years-old and had battled cancer for two years.

Throughout his musical career, Tisdale released eight albums, the majority of which climbed to the top ten region of Billboard’s contemporary jazz chart. 2001’s Face to Face and 2006’s Way Up! soared to the top of the chart, underscoring Tisdale’s substantial musical chops. He considered BMI legend Stanley Clarke one of his heroes, and after sharing the stage with the jazz icon, Tisdale humbly confessed to the Philadelphia Daily News in 2001 that he was “baffled” by his musical success.

His musical career further buoyed Tisdale’s intrigue and success, initially garnered a considerably gifted athlete. An All-American player as a member of the Oklahoma Sooners basketball team, Tisdale was the first athlete at the university to have his jersey number—23—retired. He proceeded to enjoy considerable success in the NBA for 12 years, during which he competed in the 1984 Olympic team that included Michael Jordan.

Tisdale is survived by his wife and four children. As uniquely versatile as he was hard-working, Wayman Tisdale will be sincerely missed.