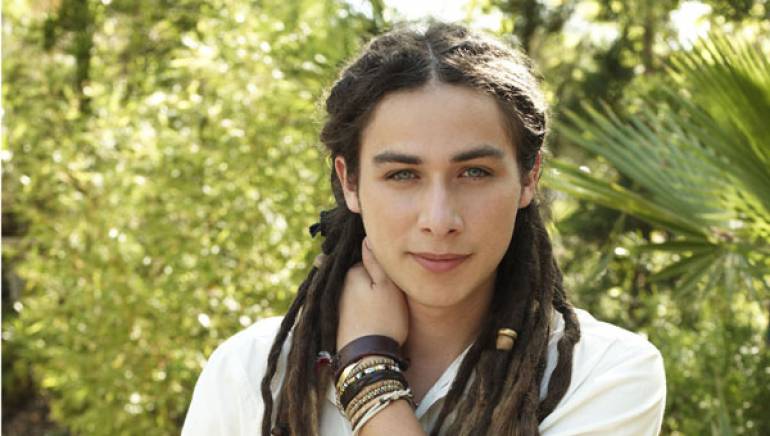 During the seventh season of American Idol, Texas singer/songwriter Jason Castro charmed viewers with his liquid voice, gentlemanly performance style, and signature dreadlocks. Yet despite appearances, astute viewers sensed that Castro was champing at the bit. The singer seemed to be anxiously biding time ‘til he earned the opportunity to perform his own songs, his own way.

That opportunity arrived in 2010 when Castro released two critically acclaimed recordings, including the “Love Uncompromised EP” and a self-titled, full-length CD. Even for Castro’s cult-like fan base, these debut recordings are a revelation. On tracks like “That’s What I’m Here For” and “You Can Always Come Home,” Castro introduces a slightly grittier vocal style that lends earnestness to his McCartney-esque lyrics. Even the media has taken note. In a recent review of Castro’s single “Let’s Just Fall in Love Again,” Billboard commented that “Castro has stepped up his vocal game considerably.”

“I really stretched myself on this album, musically and vocally,” Castro says. “I was spending every day writing and recording in the studio, and that really pushed my voice. I’d go home from the studio every night hoarse, thinking, ‘All right! Let’s do it again tomorrow!’”

His creative growth notwithstanding, Castro also deserves credit for staying true to the modest, “aw-shucks” charm that has made him an alternative to today’s hard rock/hip-hop bad boys. The New York Times even praised Castro’s “contrarian streak.” For his part, Castro says his easygoing style comes naturally. “I just think the music should be real,” the singer said. “I just like to be myself. I’m not really good at being somebody else.”

Originally from suburban Dallas, Castro started his musical career playing drums in rock bands. While attending Texas A&M University, he made the move to center stage, purchasing a guitar and teaching himself to sing via Internet how-to articles. After winning a spot on American Idol in 2007, Castro wowed audiences by accompanying himself on guitar and ukulele.

Now, with his solo career firmly on track, the 23-year-old singer/songwriter is leveraging his new found clout. He routinely performs benefits for charities like Idol Gives Back, City of Hope and Malaria No More, a non-profit that seeks to end malaria deaths in Africa by 2015.

“The reason I was so into music was because it was life-changing to me,” Castro said. “If I can use music to inspire other people to help change the world, then I’ve done my best.”