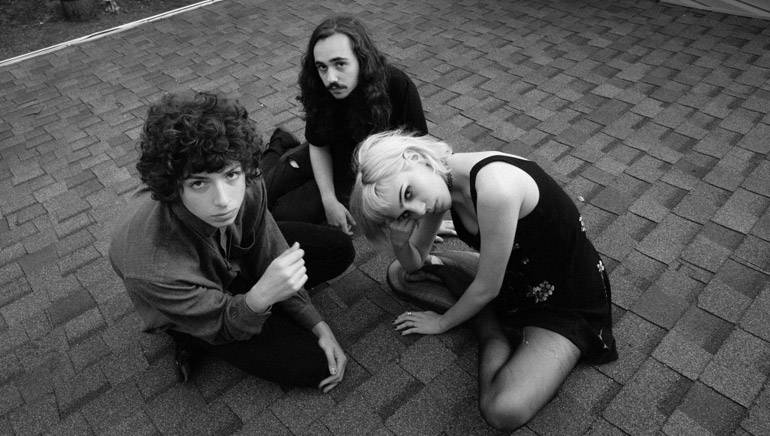 Though its name may suggest otherwise, Sunflower Bean makes far from soft, sunny music. Ask the band members themselves and they’ll describe their sound as everything from “neo-psychedelic for the digital age,” to “night music,” to just good “rock ‘n’ roll.” And while it’s true that the latter may not be the most popular genre today in their home base of Brooklyn, New York, it’s also true that there are enough people at large rooting for rock to make a proper comeback. Drawing from influences such as Velvet Underground, Neu! and Black Sabbath, the trio made up of Julia Cumming (vocals/bass), Nick Kivlen (vocals/guitar), and Jacob Faber (drums), all of whom are barely 20 themselves, are packaging their sound for a new generation. Case in point: their digitally minded new single “I Hear Voices,” the entire video for which was shot on an iPhone 6. With a fall North American tour supporting DIIV and No Joy, Sunflower Bean’s reach is bound to grow exponentially. “Everyone is taking influence from My Bloody Valentine or a bad Nirvana rip-off,” Kivlen recently told Interview magazine of Sunflower Bean’s unique place in music. “It’s sort of boring to see over and over again. I’d rather have the scene lean towards a more balls-out rock ‘n’ roll scene.” Fun fact: the band’s name is a nod to Kivlen’s favorite snack (sunflower seeds) and Faber’s love for coffee.