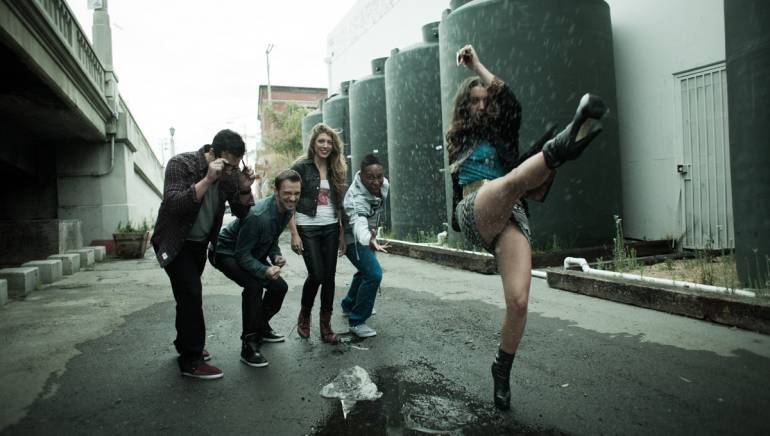 Los Angeles based indie pop/folk/soul band, SO & SO, is anything but ordinary. When singer/songwriter Amie Miriello, guitarist Jay Dmuchowski (“Raisin”) and Canadian producer Rob Wells meant to put a songwriting team together, something else happened that grew far beyond their intentions. While playing the local LA music circuit, Amie and Raisin met drummer, Adam Hanson. Shortly thereafter, Miriello had a chance encounter with Brandon Rogers (vocalist/keyboards), a Top 12 finalist on Season 6 of American Idol, and he soon joined the band. Rounding out the SO & SO family, bassist Bana Haffar followed. Their highly anticipated forthcoming album, Ready, was released this summer.
https://www.facebook.com/SOandSOworld