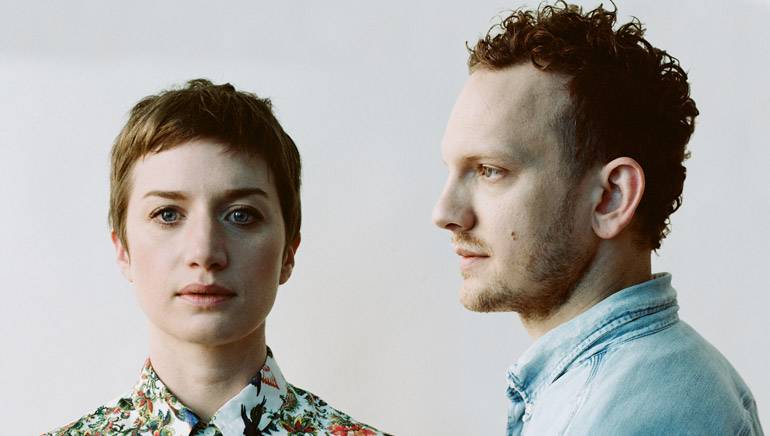 Sarah Versprille and Daniel Hindman of Portland-based Pure Bathing Culture had been used to evolving naturally and taking each opportunity as it presented itself, but for the band’s forthcoming sophomore effort, Pray For Rain, it’s all about taking big, confident steps forward. Take the ‘80s synth pop-sounding title track, which is simultaneously dark and danceable. Hindman’s clean yet serpentine guitar lines interact with the live rhythm section, while Versprille’s lucid vocals cut through it all. The song has a visual feast for a video, with neon lights and exotic dancing straight out of a sexy psychological thriller – all of which perfectly encompasses the band’s new era. The story of Pure Bathing Culture stretches back to 1989, when Versprille and Hindman met while attending William Patterson University in Wayne, New Jersey. A stint in the band Vetiver a decade later gave them both the experience and insight to start their own act. Pray For Rain, which follows the band’s dreamy 2013 debut Moon Tides, is due Oct. 23 on Partisan Records. The idea was to do something brave and different, or as Dan says, “We didn’t gravitate towards someone making indie dream-pop records.” For this task, they worked with producer John Congleton (St. Vincent, Swans, Angel Olsen, The Walkmen) in his Dallas studio. The process was exciting yet terrifying at times. The result is all analog gear, with virtually no plug-ins or effects added afterwards, no hiding behind multiple layers. Sarah describes the experience as “stepping into the realm of discovering who we are as a band and as songwriters.”