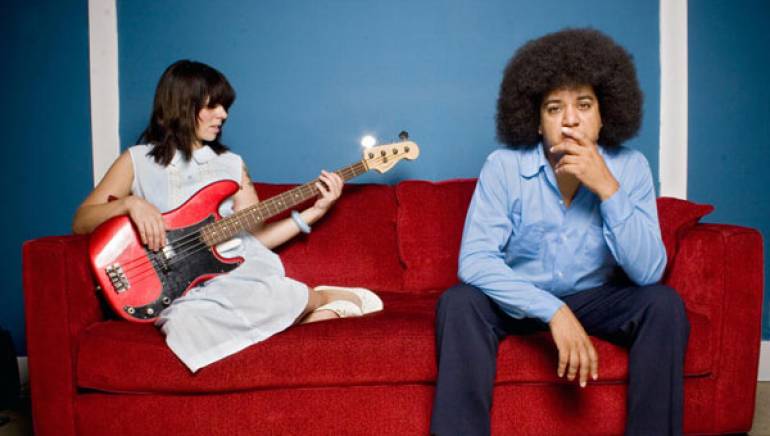 While most bands only dream of finding the right chemistry, Los Angeles-based duo Mad Planet oozed it from the very beginning. Vocalist/bassist Cooper Gillespie and drummer Greg Gordon were bartending at the now defunct Hollywood nightclub Safari Sam’s when sparks flew–both musically and romantically–and they decided to pair up as a couple and a band. Mad Planet began recording their debut album in early 2009. Gillespie and Gordon wanted to craft their own distinct sound, so they decided to record and produce the album themselves. The result is All Elephants, a 12-track album that bursts at the seams with cool, melodic grooves and haunting female vocals, released in the summer of 2010. myspace.com/madplanetband