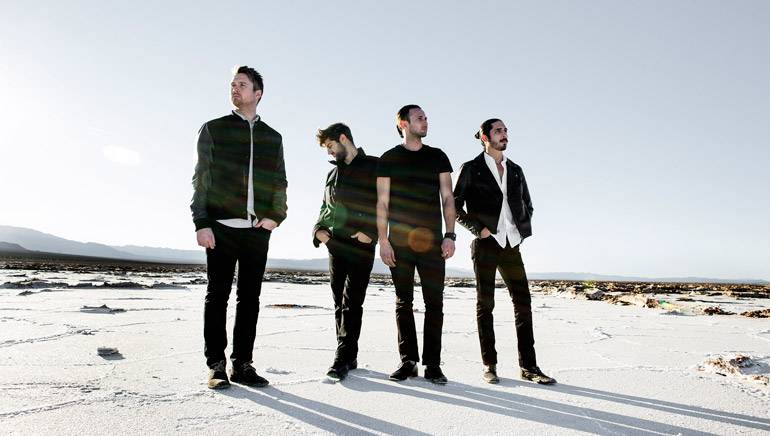 When Entertainment Weekly declared Kiven among the five best indie discoveries of CMJ Music Marathon 2012, the writer called their brand of rock and roll “a remarkable marriage of furious prog-metal and grooves so precise you could dress them in Armani.” Designer name-dropping aside, the statement stands true: the Los Angeles based four piece seamlessly melds driving percussion and the occasional screaming vocal with complex jazz-indebted guitar lines for a product that’s uniquely Kiven. Their impeccably tight live show left SXSW wanting more last year, so the group recently announced an official return trip to Austin this spring. To make 2014 even more exciting, Kiven is set to release their debut full length album February 25th with At the Drive-In’s Tony Hajar at the helms for the record’s engineering - the collaborative power between the two making for an incredibly promising release.