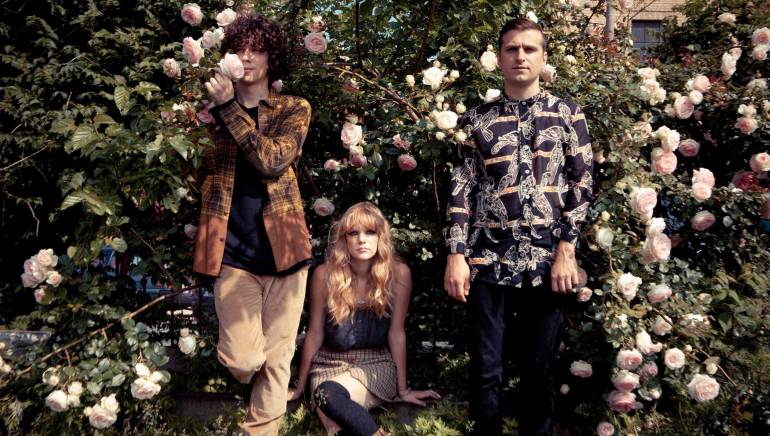 Omaha-based Icky Blossoms formed in the blizzard of 2011 through friendship, trials and a mutual desire to make art and new music. Icky Blossoms combine bass-heavy electronic grooves, pop structure, and a rock & roll swagger to pioneer a sound on the audio vanguard: music that is simultaneously avant garde, catchy and danceable. Icky Blossoms’ sound and explosive live shows caught the attention of Omaha’s distinguished Saddle Creek, which signed the trio to release their debut LP. The self-titled album, produced by Dave Sitek from TV On The Radio, was released on July 17, 2012.
http://ickyblossoms.com