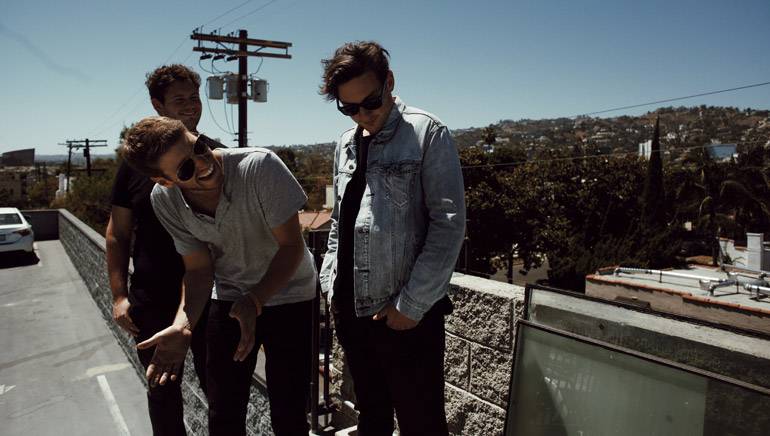 When three band members travel to North Carolina to sequester themselves in a secluded cabin for six weeks, they’re either going to drive each other crazy or create some thoughtful, memorable music. Thankfully for Long Island natives Ben Schneid (vocals, guitar) and brothers Jon and Jared Stenz (drums and bass, respectively), also known as Foxtrax, it was the latter: a collection of demos that would become The Cabin. Foxtrax relocated to Los Angeles where producer/engineer Ben Roulston (Florence and the Machine, Wolf Alice) gave the demos a fresh mix and engineer Brian Lucey (Arctic Monkeys, Cage the Elephant, Black Keys) came onboard to remaster. The Cabin, which came out in July, had music critics and fans raving, leading to a sold-out release show at Mercury Lounge in New York City. Foxtrax has been named in Live Nation’s “Ones to Watch,” and their debut single “Underwater” is an Alternative Spotlight track on iTunes and has been featured on SiriusXM’s Alt Nation channel, Advanced Placement. The band will be opening for Barns Courtney on several West Coast dates starting this month. In a nod to how it all started, Foxtrax was named for the fox tracks in the snow outside the North Carolina cabin, which the three felt represented their own unpredictable and meandering path into music.