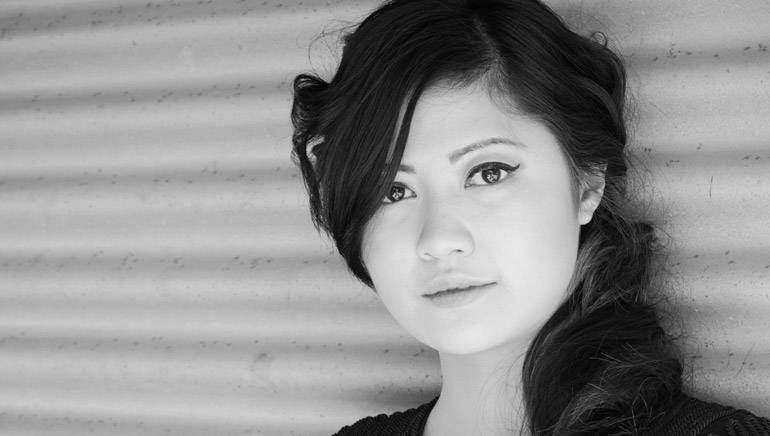 Born in the Philippines to a family of musicians, Alfa Garcia discovered the classical piano and violin at an early age. But as a teen growing up in New Jersey, it was folk/pop that spoke to her — so much so that she taught herself guitar (and later, the piano, ukulele, and kazoo). No stranger to the stage, Alfa spent years gigging in New York City after graduating from New York University, all of which prepared her to one day perform at such prestigious venues as Lincoln Center in New York and the Shrine Auditorium in Los Angeles. It was the college crowd that proved to be some of Alfa’s earliest supporters. Her 2013 Kickstarter-funded album World Go Blue, recorded in Nashville and L.A., entered the CMJ National Charts and the College Radio Charts Top 100. Featuring some of Music City’s finest, including Tim Lauer (The Civil Wars, Brett Dennen), Tony Lucido (Hunter Hayes, Kelly Clarkson), Ben Phillips (Blake Shelton, Plumb), and Mike Payne (Natalie Grant, Sidewalk Prophets), the album served as an important stepping-stone for Alfa. Having recently inked a record deal with Pacific Records, she is currently recording the follow-up to her 2014 pop-country EP, The Idle Hours. With a body of work that has been placed in several high-profile television shows, including E!’s Keeping Up With The Kardashians and MTV’s Real World/Road Rules Challenge, as well as on independent films (Baby Steps), there’s no limit to what Alfa can do.