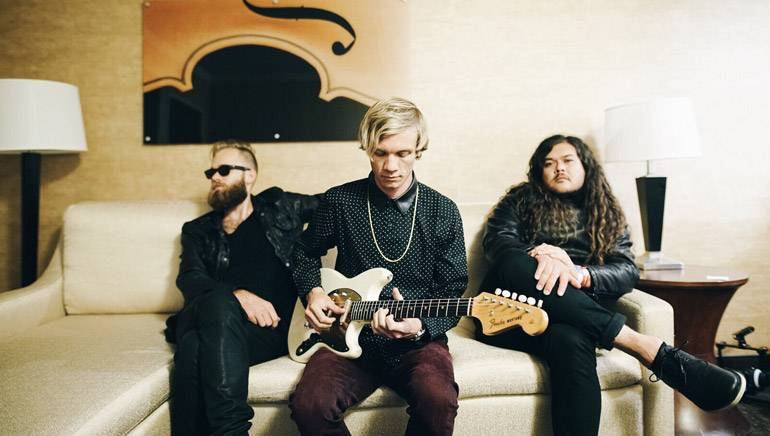 Listening to the Young Wild is a truly sensory experience: You can sense all of the distinctive flavors and influences (in this case, soul, Motown, classic rock, and alternative rock), but the result is unforgettable and stands alone. Band members singer/guitarist Bryan Williams, bassist Gareth Moore and drummer Brandon Zedaker scoured eBay for the vintage tubes and synths that helped them craft their sound, which they call “new wave with an old soul.” Their discovery-story would make perfect biopic material: After the release of “Not a One,” Fairfax Recordings’ Kevin Augunas reached out, inviting them to tour the Los Angeles studio. An offer was signed a few days later and the band was on their way to stardom, being featured in a global campaign for GUESS? apparel and being called “SoCal’s brightest new talents” by Vent. “There’s a landscape that these songs stand on,” says William about Young Wild’s 2016 debut, All the Luck. “Like, downtown Los Angeles on a Thursday at 2 a.m. is a very specific landscape. People are making mistakes, people are self-medicating, people are rehashing old drama. Do you face the feeling or run from it?”