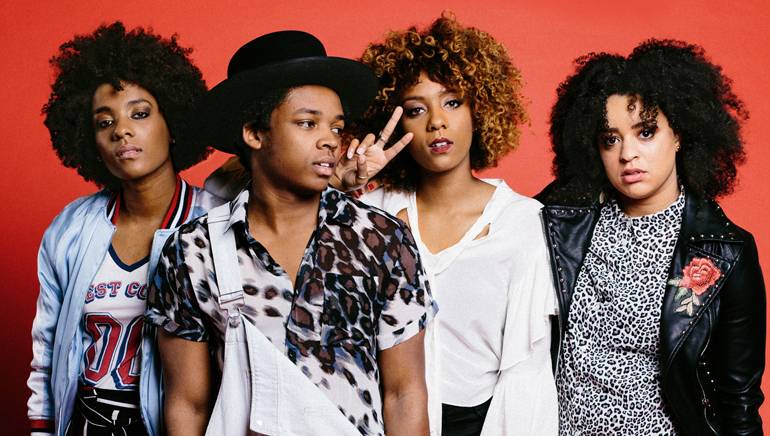 It’s easy to see why The New Respects have quickly won the loyalty of both fans and Credential Recordings, who recently signed them. (Their five-song EP, Here Comes Trouble, was released in March.) NPR called their music “a bright-eyed take on throwback rock ‘n’ roll, peppered with blues and soul references and calibrated for maximum pop effect.” Based in Nashville, the band is made up of twins Alexandria and Alexis Fitzgerald, brother Darius and their cousin Jasmine Mullen. They strike a delicate balance of honoring their musical legacy—Jasmine’s mom, Nicole C. Mullen, is a popular Christian singer-songwriter—while also creating a distinctive sound characterized by tight harmonies and infectious melodies. They’ve grabbed the attention of magazines like Nylon and Interview, each of whom premiered their music videos, as well as Rolling Stone, who named them one of “10 New Artists You Need to Know.” As Alexis told NPR recently, “Our music isn’t set up to be a specific idea of something, but freedom — freedom and fun and family. Wherever that will be welcome, that’s where we want to go.” And they are certainly going places: The band will be touring through the U.S. until June, stopping in cities like New York, Philadelphia and Dallas.