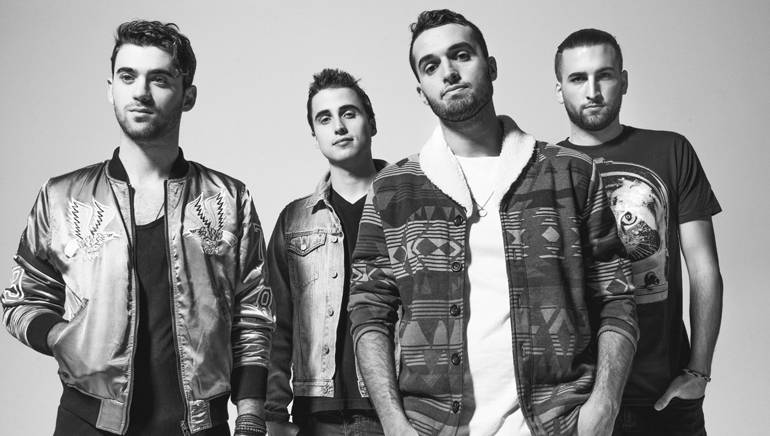 New-York–based indie-pop group The Heydaze is made up of best friends - and it shows. The authenticity of vocalist Jesse Fink, guitarist Andrew Spelman, drummer Tyler Matte, and bassist Alexander Glantz caught the attention of Island Records, who recently signed the close-knit foursome. They are already selling out NYC venues like The Studio at Webster Hall and the Gramercy Theatre, proving that good chemistry isn’t just important for romantic relationships, but musical ones as well. “It’s that chemistry that allows us to get to a place that a lot of bands can’t get to onstage or in the studio, and seeing my best friends get to do what they love challenges me to go to a better place playing,” says Spelman. Their first single, the anthemic “Hurt Like Hell,” showcases their ability to project genuine emotion, culminating in a shouting group refrain that repeats the title line. Glantz also spoke about the need to express universal themes while also maintaining an element of creative surprise. “We want to write about, sing about, play about things that every person has felt, and then say it in a way they’ve never heard before,” he said. So far, the band is managing to strike that balance, and they’re excited to demonstrate that passion back out on tour.