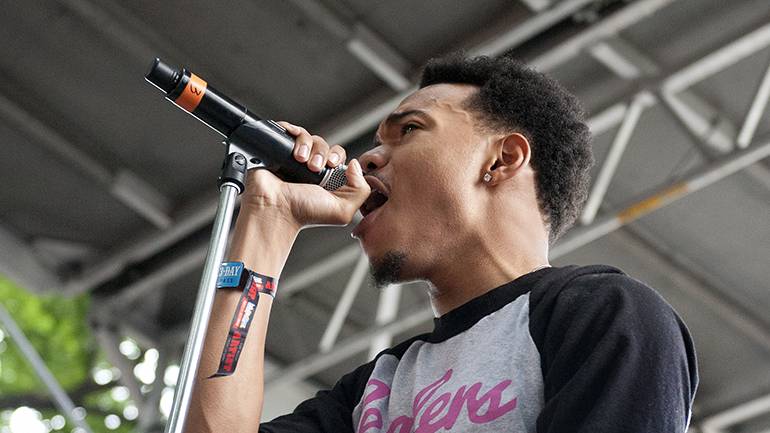 Chicago native, Chance the Rapper, made his first appearance on the BMI stage at Lollapalooza in 2013. Having just released his first two projects at the time, 10 Day and Acid Rap, he wowed his hometown crowd with performances of songs like “Cocoa Butter Kisses” and “Juice.” His career skyrocketed from there: his 2016 mixtape, Coloring Book, was lauded by Rolling Stone for being a “gospel-rap masterpiece,” and he worked closely with President Barack Obama on the My Brother’s Keeper Challenge in 2017. With eight GRAMMY nominations and three wins to his name, Chance has worked with some of the biggest names in music, among them DJ Khaled, Justin Bieber, Cardi B, DaBaby, and Childish Gambino, to name a few. His Billboard achievements are equally impressive, with 14 Hot 100 entries (including a #1, “I’m The One”), 16 weeks on the Artist 100 chart (with a #7 peak), and three top 10 projects on the Billboard 200. The Big Day is his most recent album; the 22-track LP was released last year and features a who’s-who roster of guest artists including John Legend, Nicki Minaj, Death Cab for Cutie, and Ari Lennox, among others. His collaboration with Ed Sheeran and PnB Rock, “Cross Me,” is one of the most popular songs on Sheeran’s chart-topping No.6 Collaborations Project, having exceeded 280 million streams on Spotify alone.