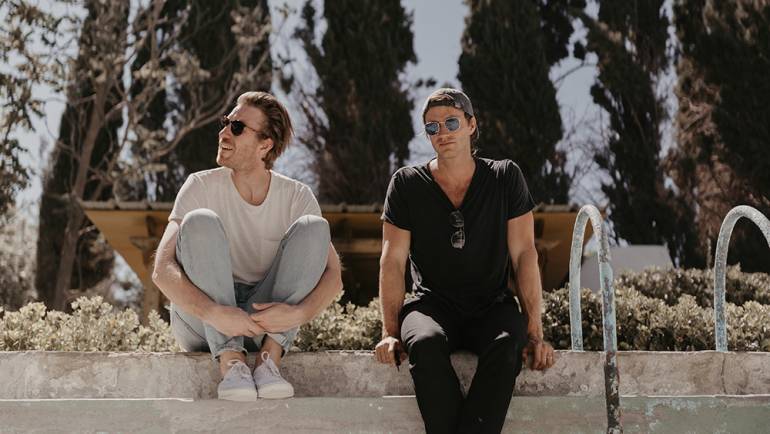 When Chad Copelin began working as a producer for Chris Henderson’s band, Bronze Radio Returns, in 2009, the pair developed a natural creative chemistry that would eventually lead to the formation of their duo, Layup. While Copelin stayed busy producing for artists like Ben Rector, Third Eye Blind, and Andrew Bell, Henderson continued recording and touring with BRR. After carving out time to work on their own project, the pair settled on a sound that would connect with as many people as possible. “The name came about because we are both super competitive at what we do,” says Copelin. “Having a sports name, of sorts, was intentional. But at the same time, we want our music to be easily understood and digestible. So we figured, what’s easier in sports than a layup?”

Fast forward to 2019. Henderson now has four BRR albums under his belt, all of which were produced by Copelin. Having landed over 100 TV and film spots from their past work, Layup has created dozens of syncs, including Verizon, Samsung, and Mercedes-Benz commercials, and placement in TV shows like Hard Knocks on HBO, Lucifer on FOX, and Shameless on Showtime. Using Copelin’s Norman, OK studio, Blackwatch Studios, as their home base, Layup continues to work on music that speaks to the masses. Says Henderson, “It wasn’t so much of a ‘Let’s get in the studio and see what happens’ type of scenario as much it was, ‘Let’s get these ideas out that everyone can relate to and make them sound like something we would want to listen to.”