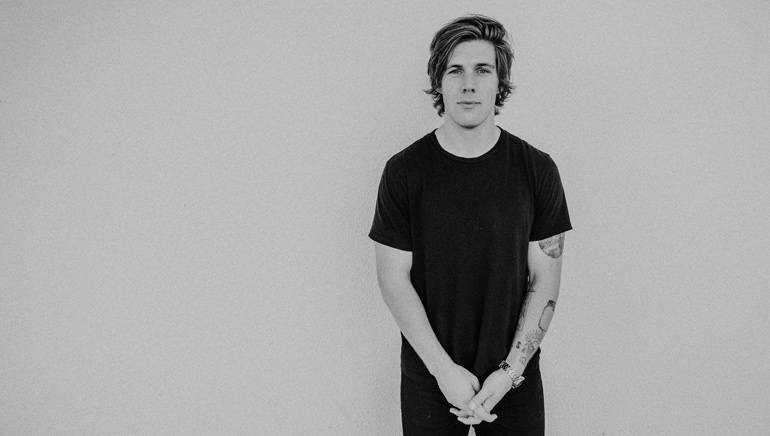 Jake Scott is a Los-Angeles–based singer-songwriter, producer and multi-instrumentalist who, in college, had the kind of success a student musician only dreams of: His debut EP, Of Life and Longing, peaked at number four on the singer-songwriter charts and was featured in the number four slot on the Billboard Heat-Seekers chart. Next, GRAMMY-Award–winning songwriter and producer David Hodges asked Scott to collaborate, and his follow up, Silhouettes and Sand, reached number two on iTunes’ singer-songwriter charts. Scott spent the next two years writing for artists like Jason Mraz, Christina Perri, Carrie Underwood, Morgan Wallen and Sara Evans. He co-wrote Aloe Blacc’s popular single, “Brooklyn In The Summer,” which Parade says evokes “that wonderful kind of flashback feeling.” When you’ve had victories like these, you can afford to veer off the traditional path. Scott decided that in 2018, instead of an album, he would self-release one song each month for his fans, teaming up with hit songwriters like Steve Solomon (James Arthur), Josh Kerr (Kelsea Ballerini) and David Hodges. First up was “Tuesdays,” a beautiful ode to his wife that every engaged couple should add to their list of potential wedding songs. The video is a montage of everyday snippets (like playing with the dog and grocery shopping) captured on the couple’s phones, that reflect Scott’s honest lyrics: “I’ve come to know that love’s not only the best days, or the worst days, love is the Tuesdays.” He’s currently on a U.S. tour that includes stops in Texas, Illinois, Arkansas and North Carolina.