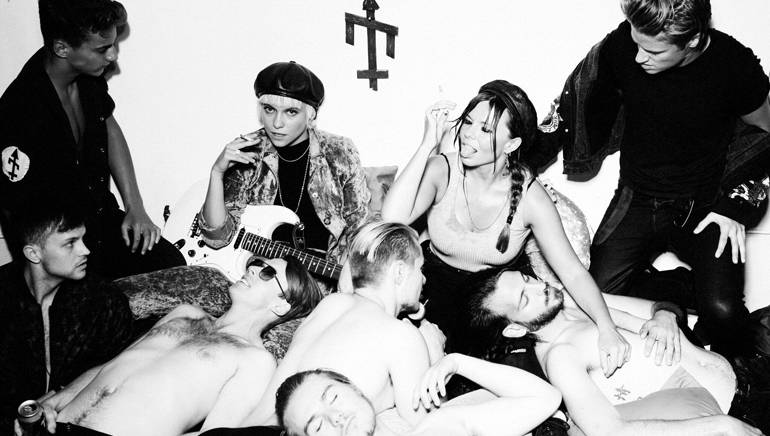 To hear them explain it, British duo Bones is “leading the charge of taking rock’n’roll firmly into the 31st century.” Comprised of vocalist Rosie Bones and guitarist Carmen Van Den Berg, the band has already racked up some serious cred to back up their claim. After hearing an early gig by the duo in London’s Camden Town, rock legend Jeff Beck asked Bones and Van Den Berg to collaborate—as both co-writers and players—on his 2016 album Loud Hailer. As Beck told Rolling Stone about the writing process, “Rosie … put a guide vocal on one of the tracks that blew me away. It was exactly what I was going to say.” Upon seeing the video for their third and most recent single, “Beautiful Is Boring,” Nylon praised Bones for their “Trent Reznor-level cool.” But it’s their live favorite, “Girls Can’t Play Guitar,” that best sums up their story. With a title taken directly from a comment Van Den Berg once fielded from a guy, the song proves that ironic revenge, served up with a side of in-your-face punk attitude, is the sweetest. Bones’ music has been featured on series including Orange is the New Black, Transparent and The Vampire Diaries, as well as commercials for Apple and Victoria’s Secret. The duo just wrapped up a U.S. tour with Highly Suspect that included several sold-out shows. To celebrate the end of the run, Bones gave their fans an early holiday present and released a YouTube video of “Girls Can’t Play Guitar.”