Posted in MusicWorld on March 20, 2019 by Malcolm Venable 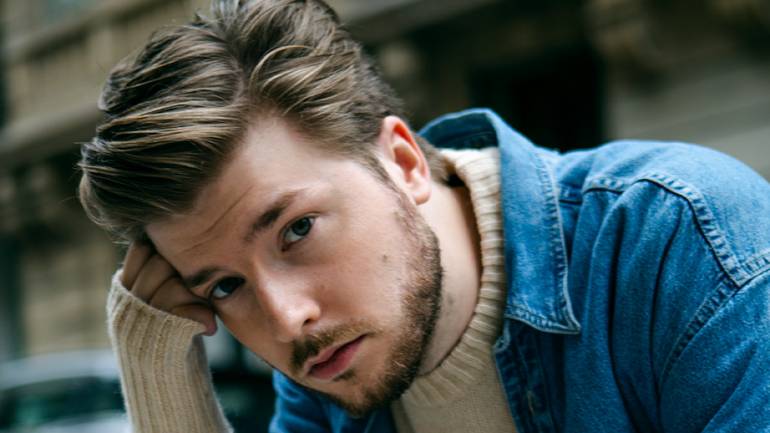 Lido, the songwriter and producer revered for his drum work and stunning remixes, has come a long way from his tiny hometown in Norway. Having discovered gospel music through his father, Lido—born Peder Losnegård—had his musical sensibilities shaped by annual sojourns to the U.S. to see gospel performed in the South, as well as a drum kit an uncle gave him which ignited a fire that still burns hot today. With rave reviews for his inventive re-imaginings—like his eight-minute reinterpretation of Kanye West’s The Life of Pablo named The Life of Peder that got one million streams in 24 hours—as well as standout tracks for boundary-pushing artists such as Chance the Rapper and Jaden Smith, Lido is fast becoming an exciting global force in his own right.

Increasingly known for his production savvy, Lido was, by 2015, crafting remixes for artists such as Justin Timberlake and the Weeknd that earned him international acclaim and live gigs; that year he also executive produced Halsey’s 2015 debut Badlands. Lido produced two tracks on Chance’s GRAMMY-winning album Coloring Book and, following the release of his debut solo album Everything in 2016, he’s kept demand for his work high. He co-wrote and produced “The Distance” on Mariah Carey’s Caution, has co-production credits on Diplo’s newest, and he recently signed with Warner Bros. in A&R, and to produce Warner Bros. artists. BMI caught up with the very busy Lido in between studio sessions to talk about his trajectory, the power of the internet and the secret to great collaborations.

Your career trajectory has involved lots of continual learning, picking up new skills and instruments. What propels you to keep evolving as an artist?

I think it’s a general love for music and a general curiosity. I’m not the most streamlined person in terms of the music I create. I sort of create based on inspiration and I try to do so as purely as possible. That’s when then the music I truly love comes out. I try to do that as much as possible but that basically means you’ve got to let go a little bit of that control. I had love for a lot of different parts of music. I started out in the performance part; I was a drummer for a long time then realized that I really wanted to write music. I started doing production stuff, then realized I wanted to write lyrics. I think curiosity drove it first and foremost—just wanting to learn new stuff.

Gospel music was one of your early inspirations growing up in Norway. What about gospel informed your style and sensibility? Are there elements of it that show up in your music now?

I think a lot about gospel music as an influence on my style in general. It was kind of like an in-house influence. My dad was obsessed with gospel music when I was a kid. Pretty much the only music we were listening to in the house was gospel music. So that’s how I picked up the drums and you know, the first songs that I learned. It was kind of just my first impression of music in general, I think. So that definitely impacted the way that I look at music. And the songs that I write now, most people say there’s something about my chords that feel like gospel music very often. That’s probably the most obvious influence. But also, a lot of people know me for more surprising big hits and stabs and stops and stuff like that. I think I got a lot of that from gospel as well. It’s just kind of part of my foundation at this point.

You’ve performed all over the world and in some of the most interesting spaces, including Coachella. Do you have performance in mind while creating music?

Yeah, I do sometimes. I think that way with albums. I structure albums the same way I structure a concert. With the same sort of arc, the journey, the flow of a concert is how I think about putting together albums. So, I think I’m more inspired by live music rather than making music with the purpose of being played live.

You’re a model of how to be a ‘one man show’ but you’ve also done many fantastic collaborations, like those with Chance the Rapper, Diplo and Halsey. How do you adapt your creative process for working with other artists? What do you learn and how do you benefit as a result of working with other people?

I think generally in life I try to just help out with whatever is needed in the different situations. Even all the people you mentioned, I have very different working relationships with each individual. It really just depends on what the synergy is and what I can contribute and what, metaphorically speaking, what instrument I can play in the situation. In some cases, people want help with everything. What should these songs be about, how do I transition between songs on my album, what should the album be called, what is this chord and sound design thing. Some people just want me because I have those chords they like. People want me to help out and bring me in on projects just because of the type of drums that I do. It really depends situation to situation. I try to think of it as sort of removing my ego as much as possible from the situation and trying to contribute to their song. It’s just removing my ego and helping wherever is needed and putting the song first. The second you care about the song more than yourself in the room, the song becomes so much cooler.

You’re as known for remixing as you are for composing songs from scratch. How are you able to hear something that’s already been created in an entirely new way? How does the process of remixing material differ from writing new material?

Remixing is one of the most inspiring things and one of the most humbling things that I’ve been a part of—dissecting somebody else’s idea and trying to imagine what I would have done if I was given the same idea. If that same idea dropped into my head instead of theirs, what would be different? That’s my usual approach to it. Very often I treat it as exercise, like, ‘This is a punk song, how do we turn it into ballad?’ Or, ‘This is a techno song, how do we turn it into a hip hop smash?’ I like challenging myself in that way. But usually I try to be like, ‘If I had this basic idea, if I start off with just lyrics or melody, what would I have done differently?’

You recently signed with Warner Bros. Records to bring new talent to the company. What do you look for in finding and recruiting new talent? How do you know that the act you’ve found is right for you to work with, and what types of things will you be helping them with as you develop them?

We’ve kind of just started. So far, I’ve loved it over at Warner Brothers, they’re incredible people. And I’m still looking for some of those answers. I’m still trying to figure out exactly, again, what can I contribute and what type of artist would make sense for me to help out in that capacity. I’m getting to know Warner and the vibe and trying to find somebody that will be the right fit there. But also, I’m not stressing. I think it’ll happen organically when it does. But in terms of what I’m actually looking for, I guess I’m looking for artists who are inspired and artists who are trying to do something different. I’m looking for raw talent and raw inspiration, so that I can help turn that into somebody’s career.

Much of your musical education involved hearing music online. How integral is using the internet to your process?

I mean, I think the internet is an incredible tool. And it’s hard to imagine living in 2019 and working in music without the internet being an incredibly important tool in so many different ways. From finding inspiration in music to finding collaborators, to being able to work seamlessly with people who are not in the same city or country or time zone. It’s an amazing tool and I literally can’t imagine being able to have the amount of output and productivity without the internet.

What’s the best part about being with BMI?

BMI is very reliable—we know the checks are coming and you can trust it’s good. We’re stoked to be there. I only have good things to say about that.

What’s on the horizon that you’re most excited about?

There’s so much on the horizon. I love working on a lot of things at the same time. I feed off different projects happening at the same time and working with a lot of different people from day to day. I have a few of my own projects that I’m working on. And I’m stepping in as an executive producer figure on a lot of my friends’ albums right now. So, I’m diving pretty deep onto those. I have so many incredible songs and so much cool stuff on my laptop. Jaden (Smith) is working on an album, Chance is working on an album and I’m involved in a lot of other friends’ projects as well. The short answer is just music. I’m in the studio every day. I was in the studio until 5:30 last night and I’m going to go straight to the studio when I finish this call. That’s kind of the life at this point.