Posted in MusicWorld on December 1, 2009 by Jonathan Marx 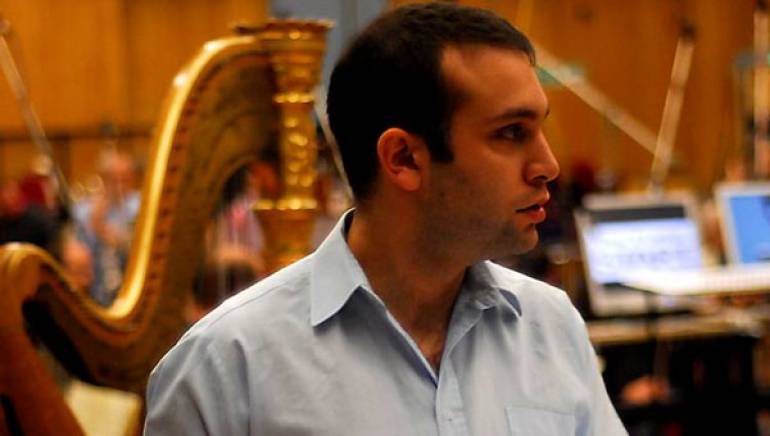 When it comes to scoring music for films, the composer’s main job is to find ways of complementing the action onscreen. Some musicians might find this directed focus limiting, but British film composer Ilan Eshkeri finds it liberating. It helps that the films he’s scored — from the magical fantasy Stardust to the new historical drama The Young Victoria to the action thriller Ninja Assassin — encompass a range of genres.

Eshkeri says that working on such divergent projects has encouraged him to explore different methods of making music. “If you change the way you approach the work, either conceptually or by using a different instrument, you force yourself to do something new and creative instead of doing the same thing again.”

In the case of The Young Victoria, Eshkeri’s approach involved incorporating works by Handel, Dvořák, Johann Strauss I and other composers into the score. In some cases, such as the Strauss waltzes, the music is meant to evoke Victoria’s cultural milieu. “The waltz was the fashionable dance of the moment during her time. So it was a bit like having source music in a film — like a character hearing pop music on the radio.”

For Eshkeri, the creative challenge came in figuring out how to adapt this source material to the action in the film and how to mesh it with his own original score. Working with the music of these great composers, he says, “was an opportunity to be an arranger of the music in the same way that, for instance, Ravel orchestrated Mussorgsky’s Pictures at an Exhibition, except that I wasn’t just orchestrating; I was redesigning and re-conceiving the music.”

Next up for Eshkeri is yet another stylistic departure, a film adaptation of the comic book series Kick-Ass. For this project, he’s collaborating with record producer Marius de Vries, well-known for his work on Moulin Rouge. “The film is extremely exciting,” Eshkeri says. “It’s about superheroes, but not in the way you’d imagine. So the score has a lot of superhero music in it, but there’s always a twist, and that’s where the challenge is.”