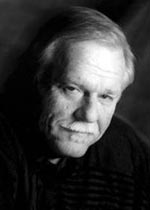 After moving to Nashville, Beckett became a sought-after producer whose skills behind the boards were only matched by his ear for auspicious new talent. The producer of Kenny Chesney’s first two albums, Beckett also produced projects by Alabama, Jason & The Scorchers, Hank Williams, Jr., KT Oslin, Lee Roy Parnell, Eddie Raven, and many others.