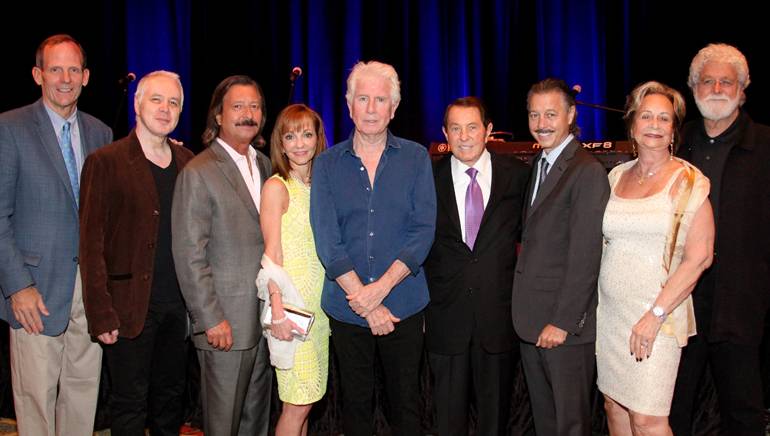 As has become tradition, BMI provided the musical entertainment at this year’s Beasley Broadcast Group management meeting held recently (8/26) in Naples, Florida. Legendary BMI songwriter Graham Nash gave an intimate performance for Beasley corporate executives and market GMs at the radio group’s closing awards dinner. The two time Rock ‘N Roll Hall of Fame inductee performed many of his classic songs, including Crosby Stills and Nash’s “Marrakesh Express,” “Our House” and “Teach Your Children,” as well as songs from his latest solo project The Path Tonight, including his current autobiographical single “Myself at Last.” Nash was inducted into the HOF both as a member of CSN and The Hollies.

Beasley owns or operates more than 50 stations nationwide and just announced their purchase of the radio assets of Greater Media. Beasley’s Interim CEO, Caroline Beasley, currently serves on BMI’s Board of Directors.