Posted in MusicWorld on October 21, 2014 by Jason Blume 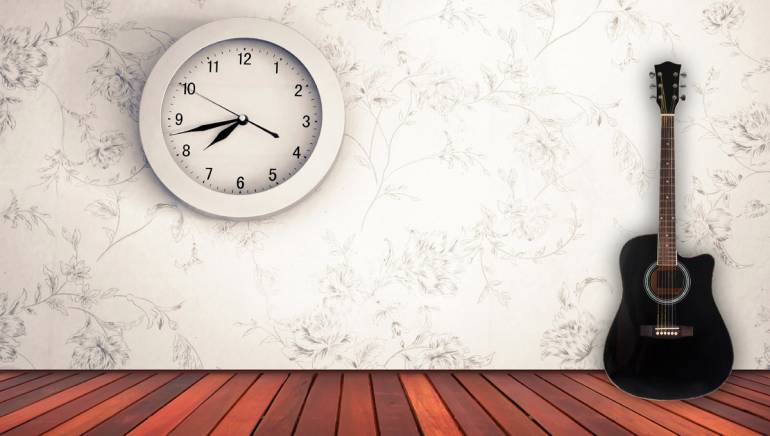 It’s been said that it’s not easy to get to the top—but it’s even harder to stay there. The music business is notoriously fickle. Writers who have a hot streak of hits—then disappear from the charts—are more the norm than those who have careers that span a decade or more. Yet somehow, some songwriters (and recording artists) manage to sustain their success—despite changing tastes and styles.

Musical tastes are constantly evolving. Songs that topped the charts by artists such as Aretha Franklin, Paul Simon, and the Bee Gees would seem completely out of place beside Nicki Minaj, P!nk, and Maroon 5 in today’s Top 40. Similarly, the traditional country songs recorded by artists such as George Jones, Tammy Wynette, and Loretta Lynn bear little resemblance to the hits by artists such as Florida Georgia Line, Keith Urban, and Carrie Underwood. So … what can a songwriter or recording artist do to remain relevant in an ever-changing market?

Joe Nichols’ #1 country singles have spanned more than eleven years. When asked the secret of his career’s longevity, he says, “I think more than anything I’ve looked for hits. I believe great careers are built on great songs.”

When asked whether there are specific actions he takes to remain current, Nichols replies, “I’m trying to bring it into 2014 or 2015. That includes using technology and paying attention to every little detail—using new effects—that kind of thing. So the harmony vocals are dead on, and everything is perfect—for current radio.” He adds, “There are a lot of new trends that happen overnight—and are gone overnight. For me, I think the one thing people see is always the same guy—trying new things—but always the traditional guy.”

Here are some strategies that have proven successful in sustaining success.

Listen to and Study Current Hits
It’s been said that songwriters tend to write the type of songs they listened to in high school—that these are the styles that come most easily and naturally for them. While this might well lead to success if you’re a twenty-year-old, those songwriters who’ve seen their high school reunions come and go will likely find themselves frustrated and with a catalog of songs they’re unable to get recorded if those songs are mired in the past.

Instead of bemoaning the fact that music has changed, accept and embrace it. Find current hits that you love—songs that speak to you; songs you wish you had written. Study their structures, melodies, lyrics, and production—and take note of any trends.

For example, many recent hit songs incorporate what can be described as a two-part chorus—an initial catchy chorus, followed by a second section—sometimes referred to as a “B” chorus. This additional section provides the listener with an additional hook to latch onto. This structure can be heard in pop hits such as Katy Perry’s “Roar,” Justin Timberlake’s “Suit & Tie,” and One Direction’s “Best Song Ever.” This form is also prevalent in the country format, and can be heard in recent hits such as Kenny Chesney’s “American Kids” and Keith Urban’s “Somewhere in My Car.”

Although, of course, you want to write songs that are fresh, original—and ahead of the curve—it can be helpful to examine those approaches that are currently working. For example, those hoping to remain current in the country music market would be wise to note the detail and imagery that’s typically found in the latest country lyrics, as well the infusion of catchy pop- and hip-hop-inspired rhythms into country melodies. Be aware of the tools and techniques that can be consistently found in the latest hits—and try combining them with your own unique spin.

Expand Your Network of Collaborators
Writing with talented, emerging writers and artists can help you to stay current. Seasoned professionals can contribute craft honed by years of experience and will have cultivated relationships with industry professionals.

Younger, developing writers might bring a current sensibility—including an awareness of the hot new acts—to the proverbial table. They might also have their pulse on the latest musical fads, and be able to deliver cutting edge rhythms to the melodies, and edgy jargon and lingo to the lyric.

According to Eric Beall (V.P., A&R Shapiro Bernstein/author of Making Music Make Money and The Billboard Guide to Writing and Producing Songs That Sell): “The songwriters who are able to continue to stay relevant know that the only way to do so in a new generation is to find young talent and develop it, and they’re willing to collaborate with people who might be at a very early stage in their career. If they see the spark in someone, they don’t need a lot of credits to impress them. They’re ready to go into the studio immediately and see what happens.”

Tony Bennett found GRAMMY-winning success by adding his renowned vocals to duets with contemporary acts such as Amy Winehouse, Tim McGraw, John Mayer, and Carrie Underwood. His follow-up duet album with Lady Gaga debuted at #1 on the Billboard charts.

Collaborating with budding writers and artists allows your songs to benefit from two diverse perspectives. Together they can be a winning combination that contributes to extending your career.

Look for Ways to Expand Your Style
It’s likely that some of the skills you’ve honed can translate to other styles of music. There are countless instances of songwriters and recording artists who, after their initial accomplishments, found success by exploring different genres.

Long after his reign on the pop charts, Elton John hit the pinnacle of Broadway success by nabbing a “Best Score” Tony award for his musical, Aida; a “Best Musical” Tony for Billy Elliot; and another for The Lion King, the highest grossing Broadway production of all time. Cyndi Lauper received “Best Musical” and “Best Score” Tony awards for Kinky Boots almost thirty years after her chart-topping debut. Similarly, more than a decade after spending 55 weeks on Billboard’s pop chart, singer/songwriter Duncan Sheik took home a “Best Musical” Tony award for the Broadway show Spring Awakenings, for which he wrote the music.

Some writers and artists have found post-pop and post-country music successes on Christian and Americana charts; some have recorded albums of standards, while others have focused on developing an international presence. The key to a long career might be exploring how your talents can be adapted to various markets.

Stay Focused
Don’t get lazy with your writing habits; seek out and listen to new music; attend concerts; continue to hone your skills; expand your network of collaborators; and keep focusing ahead—not back.

Eric Beall adds, “I think the real key is the ability to stay focused on the core skill, and not become distracted by all of the other opportunities that inevitably come with success. Often when some of the biggest writers go a bit cold, it’s because they’ve allowed that to happen. The best ones recognize the error, and reorganize their life in order to get their focus back on making music.”

With more than twenty years of hit singles, when asked the secret to his career’s longevity, Jeffrey Steele (2003 and 2007 BMI Country Songwriter of the Year) responds, “For every day I’m still in this business, I’m still one day away from quitting. But I don’t ….That’s my secret!”

And that might be the best advice of all.

Jason Blume’s songs are on three Grammy-nominated albums and have sold more than 50,000,000 copies. One of only a few writers to ever have singles on the pop, country, and R&B charts, all at the same time—his songs have been recorded by artists including Britney Spears, the Backstreet Boys, the Gipsy Kings, Jesse McCartney, and country stars including Collin Raye (6 cuts), the Oak Ridge Boys, Steve Azar, and John Berry (“Change My Mind,” a top 5 single that earned a BMI “Million-Air” Award for garnering more than one million airplays). In the past year he’s had three top-10 singles and a “Gold” record in Europe by Dutch star, BYentl, including a #1 on the Dutch R&B iTunes chart.