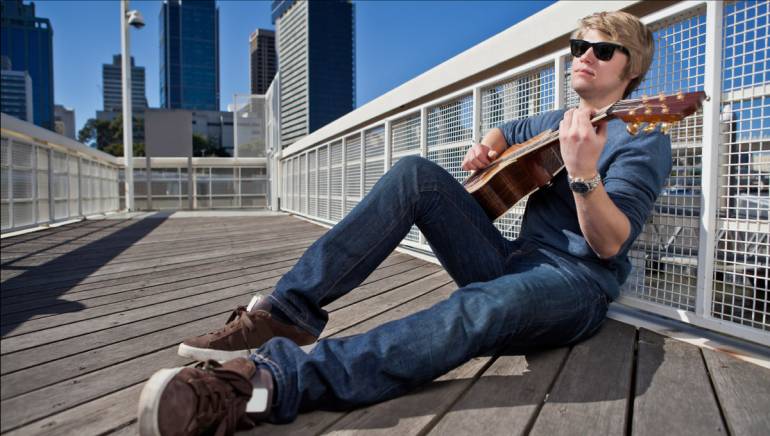 Great songs are at the heart of every style of music. But the process of writing and demoing those songs—as well as business practices—varies by genre, and is approached differently in various music centers. This article will examine those differences.

How the Songs Are Written
In pop, urban, hip-hop, and dance music, a musical backing track is typically created first. This track (sometimes called the musical bed) consists of the accompaniment—the chord progressions and all instrumentation, such as the keyboard, bass, guitar, and percussion parts—but it does not include a melody or lyric for the vocalist to sing. The melody and lyric that is sung “on top” of the music track is referred to as the topline.

In the aforementioned styles there is typically a distinct differentiation between the contributions of the track producers—and the topliners. Track producers, such as Max Martin, Dr. Luke, David Guetta, Tricky Stewart, Timbaland, RedOne, Stargate, and Rami Jacoub compose and program the chord progressions and instrumental hooks, as well as establish the groove with the beats and bass lines they produce. In some instances, they also write or co-write vocal melodies, relying on collaborators to provide lyrics—or melody and lyrics. Some of the most successful topliners include Bonnie McKee, Ester Dean, Sarah Hudson, Skylar Grey, Savan Kotecha, and Claude Kelly.

In many cases, the musical track is sent to a topliner who writes the melody and lyric long-distance. Collaborations between producer/writers and topliners have resulted in hits by a veritable “who’s who” of pop and R&B artists, including Beyoncé, Rihanna, One Direction, Kelly Clarkson, Pink, Katy Perry, Adam Lambert, Justin Bieber, Jason DeRulo, Jay Z, Pharrell Williams, and many more.

This approach to writing songs contrasts dramatically with country and Americana/roots music where songs typically evolve organically as writers strum guitars or play keyboards while composing melodies and lyrics. In Nashville, the majority of successful songs are the result of collaborations, but unlike some other genres, cowriters are typically in the same room, with all writers contributing to both the melody and the lyric. While several top country songwriters have written hit songs by producing a musical track first—then adding melody and lyrics—this is not typical of the way songs are written in Nashville.

How Demos Are Produced for Different Genres
I moved to Nashville after thirteen years of pursuing my songwriting dreams in Los Angeles. I produced hundreds of demos during those years in L.A., but the process of producing demos in Nashville was an entirely different animal.

In the world of pop, urban, and dance music, where so many songs are co-written by producers, there are many instances where the demo is the same track that is used if the song is commercially released. Although there might be some tweaks, the primary difference between the demo and the master is the vocalist.

These recordings are typically created by a programmer who generates the sounds on each of the individual tracks—i.e., multiple keyboards, bass, and drum parts—on a computer. In many instances, this occurs in a home studio. Each part can be placed under a proverbial microscope, affording the writer/producer the opportunity to experiment with various approaches and sounds, review the recording after some time has passed, and make changes, if desired. Live guitars—if needed—are added afterwards, as are vocals.

In Nashville, the basic tracks (acoustic guitar, electric guitar, bass, keyboards, and drums) for demos of country and Americana/roots songs are most often produced by a group of musicians who record live—in a studio at the same time. There might also be a fiddle, mandolin, or banjo player, pedal steel guitarist, or other musicians tracking simultaneously—or these parts might be overdubbed after the basic tracks have been recorded.

It’s important to note that when players affiliated with the musicians’ union (AFM) are hired to record demos in Nashville, they are typically paid for a three-hour block of time. The union specifies their compensation, and they earn the same amount regardless of the number of songs recorded during the three-hour session. For this approach to be viable financially, it is typical for 100% of the music for five or six songs to be recorded within a three-hour Nashville demo session—allowing only approximately thirty minutes per song. (Note that this does not include the time allotted to record vocals, which are added later.)

For the uninitiated, this manner of recording demos can be a dizzying process. Thirty minutes is very little time for the musicians to listen to a rough recording, review chord charts (which are prepared in advance), hear a description of what the writer wants, and create the arrangement and parts that will play a huge role in the song’s success. Once a given track is finished, the players move on to the next song— and the songwriters/demo producers forgo the luxury of making any changes—unless they incur significant additional expense.

Luckily, the top Nashville demo musicians are veritable machines, recording fifty or more demos a week, and capable of cranking out radio-friendly parts under pressure. Many of these same musicians perform on top country albums, recording demos only on days when they are not booked on master sessions.

Some Nashville demos are produced by programming drums, bass, and keyboards on computer—then overdubbing live guitars, and additional instruments such as fiddles, lap steel guitar, banjo, mandolin, harmonica, and/or keyboard strings. This is more often the approached used for songs that lean toward the pop side of country. But the style of songs currently ruling the pop and urban charts are virtually never recorded with live musicians.

Some Ways the Songwriting Business Differs by Genre and Location
Staff-Writing Quotas
When staff-writing/exclusive publishing deals are signed in Nashville, the song quota is typically expressed as the number of acceptable compositions that must be delivered during the term of the contract. However, outside of Nashville, it is typical for this quota to be defined, not as the number of recordings that are turned in—but the number that are commercially released.

For example, a songwriter who signs an exclusive songwriting agreement in Nashville might be required to write 12 or 15 songs (if they are not the result of collaborations; 24 or 30 songs if they are written with one co-writer) in order to fulfill his or her one-year contractual commitment. But in many exclusive songwriting deals signed in Los Angeles, New York, and other cities, the writer is required to secure five or more recordings—released on a major label within the U.S.—in order to fulfill the terms of his or her contract.

How Copyright Protection and Collaborators’ Splits Differ by Genre
It’s interesting to note that from a legal standpoint, the musical track—i.e., the chord progressions and the groove—is not considered copyrightable. This legal protection is available only for the melody and lyrics. However, when a topliner writes 100% of the melody and lyric to an existing track—as is often the case in pop and urban music—it is typical for the song’s ownership to be split 50/50 between the topliner and the creator/producer of the backing track.

Some pop producers send the same track to various topliners then choose the resulting song that he or she likes best. In a well-reported incident, what was essentially the same track by Ryan Tedder became the basis of two hit songs—Beyoncé’s “Halo,” and Kelly Clarkson’s “Already Gone.”

According to copyright law the proverbial egg cannot be unscrambled—meaning that once a melody and lyric have been affixed to the backing track, it is considered a finished work. The contributors are not legally entitled to take back their respective contributions—unless an agreement to this effect has been signed prior to the creation of the work.

It is typically understood by topliners who receive tracks from pop or R&B producers, that they are working on spec—vying for a chance to have their melody and lyric chosen. If their work is not selected to be affixed to the track, they agree not to market the resulting song in any form that is derivative of – or bears resemblance to—the track that inspired it.

However, in some instances, writers whose toplines weren’t chosen have secured a placement of their version. In these cases, the track producer had the option of creating a new track—or another producer has created a new track to accompany the topline. Since the original track’s chord progressions, melodic hooks, and groove inspired the topline, the original track’s producers have typically shared ownership of the resulting song—in some instances resulting in a 50/50 split. This amount is subject to discussion and agreement. As is the case with all collaborations, it is important to clarify all such agreements in advance.

In many instances, when pop, R&B, and hip-hop songs are recorded, guitarists, bass players, and keyboard and drum programmers are granted percentages of copyright ownership in exchange for their respective contributions to the musical track. Whether musicians are credited as co-writers, and if so, the percentage of copyright ownership they acquire, is determined on a case-by-case basis. This most often occurs when a master recording is produced—as opposed to a demo—because a musician’s contributions to a demo recording might—or might not—be used when the song is recorded as a master.

Conversely, when a songwriter writes a melody and lyric—then hires musicians or a demo production service to create an accompanying track—in most instances ownership of the resulting song belongs solely to the writer who created the vocal melody and lyric. This would almost always be the case for writers creating—and recording demos of—country songs in Nashville. It is virtually unheard of for professional Nashville session players to request or be given writer’s credit for their contributions to a track—even if they create an instantly identifiable melodic hook, or other elements that play a huge role in a song’s success.

Regardless of where you’re located, and what styles of music you’re writing, communication is key. It is always imperative to discuss and define the percentages of ownership—and address whether musicians’ contributions are deemed a work for hire or a collaboration.

As you can see, business considerations—and the approaches typically used to create and record songs—differ greatly by genre. But no matter how they are written and demoed—great songs—songs that find their way into listeners’ hearts— remain the foundation of the music industry.