Posted in MusicWorld on November 30, 2022 by Jason Blume 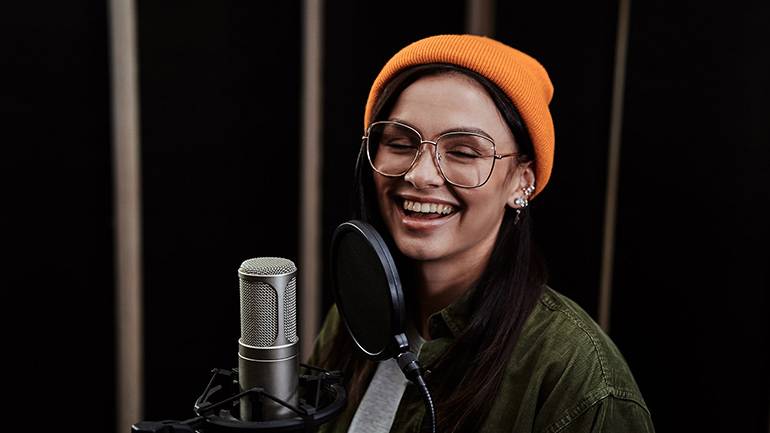 When I critique songs in my BMI Songwriting Workshops, I often hear melodies with a range (the interval between its lowest and the highest notes) limited to one octave or less. When I ask the writers to share their intentions for these songs, they sometimes respond, “My goal is to have the song recorded by an artist similar to …” and they reference vocalists who can easily belt out two octaves or more. It is highly unlikely that an artist who can wow audiences with their vocal prowess would choose songs with melodies that do not provide them with an opportunity to shine.

Performing songwriters and members of bands who write songs intended for their own use can easily assess if they—or the singer in their band—sound good singing the melodies they create. Ideally, the songs they write showcase their vocal strengths, while avoiding notes that are too high or too low for them to sing. Similarly, they can write melodies that incorporate extended notes (such as whole notes) that are held out if their breath control allows them to do that. If this is not their forte, they can stick to rhythms that are built on notes such as eighth notes, quarter notes, and half notes.

A common pitfall for non-performing songwriters is writing melodies limited to the notes and rhythms the writers are comfortable singing. Unless the writer is also a terrific singer, it is unlikely that he or she has as wide a vocal range as the vocalists whom they are targeting. For example, while a non-performing songwriter might have a vocal range of an octave-and-a-third, a hit vocalist is likely to be able to sing an octave-and-a-half, and in some cases, two full octaves, or even more.

To maximize our chances of songwriting success, we need to write the strongest, most compelling melodies we are capable of imagining, whether we can sing them—or not.

If you are not writing for yourself, explore whether adding one or more high or low notes might create melodic moments that take your melody from “good” to “unforgettable.” To maximize your song’s prosody (the marriage of music and lyric) if your lyric includes references to words such as “soaring,” “high,” or “sky,” you might want to pair these words with high notes. For an example of this technique, listen to the note that accompanies the word “fly” in “She’s Gonna Fly” (aka “On Angels’ Wings”) (written by Jason Blume and Karen Taylor-Good, recorded by Collin Raye). Conversely, it can work well to use lower notes to accompany words such as “low” and “bottom.” It would be hard to find a more apt example of this than in the note that goes with the word “low” in Garth Brooks’ recording of “Friends In Low Places” (written by Earl Bud Lee and Dewayne Blackwell).

We might also improve our melodies and amplify the emotions they evoke by providing the singer with an opportunity to extend one or more notes. Remember that you are not the one who will sing this melody, so don’t allow your limitations as a vocalist to constrain the melodies you create.

Demo singers typically learn the songs they record by listening to a rough recording and reading a lyric sheet provided by the writer. A lead sheet or sheet music that includes the musical notation is not typically provided because many excellent singers do not read music. So, let’s look at ways to convey your melodies to the demo vocalists if you unable to sing the melodies you write.

Our vocal limitations do not need to be reflected in the melodies we write. By using these tools, we can create melodies that compel exceptional singers to say, “I’ve got to record this song!”

Jason Blume is the author of 6 Steps to Songwriting Success, This Business of Songwriting, and Inside Songwriting (Billboard Books). His songs are on Grammy-nominated albums and have sold more than 50,000,000 copies. A guest lecturer at the Liverpool Institute for Performing Arts (co-founded by Sir Paul McCartney) and at the Berklee School of Music, he has been interviewed as a songwriting expert for CNN, NPR, the BBC, Rolling Stone, and the New York Times. To receive a free video, “3 Things You MUST Do for Success” and weekly tips to enhance creativity click here. Join Songwriting With Jason Blume on Facebook for free events and song critiques. For information about his workshops, webinars, additional articles, and more, visit www.jasonblume.com.