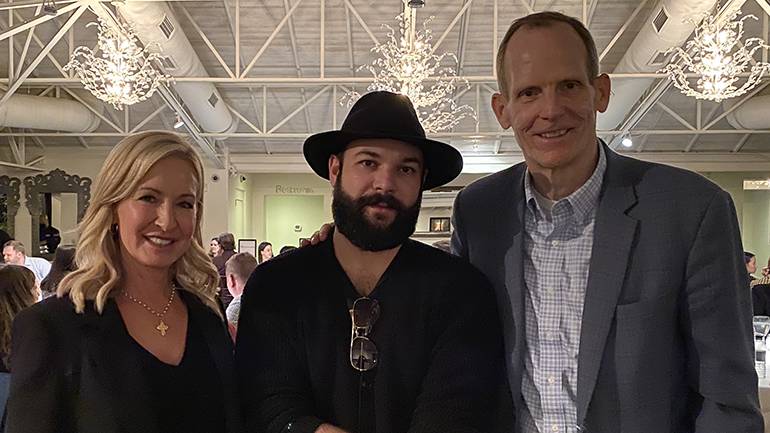 BMI songwriter and Republic recording artist Sam James brought his talents to the 2021 Fall Meeting of the International Society of Hotel Associations held recently in Scottsdale at the Mountain Shadows Resort. A participant in both NBC’s The Voice and Songland, James told stories and performed songs from his rich catalogue at the closing dinner of the conference, which was attended by executives from the various state hotel & lodging associations, as well as the American Hotel & Lodging Association. James, who recently signed with Republic Records, has had his songs recorded by Bebe Rexha, Galantis and Dolly Parton. During the pandemic, the Worcester, Mass native began recording his own unique covers of popular hip-hop songs, which helped him boost his Instagram follower base to close to 200K.