Posted in MusicWorld on June 12, 2007 by Lorie Hollabaugh 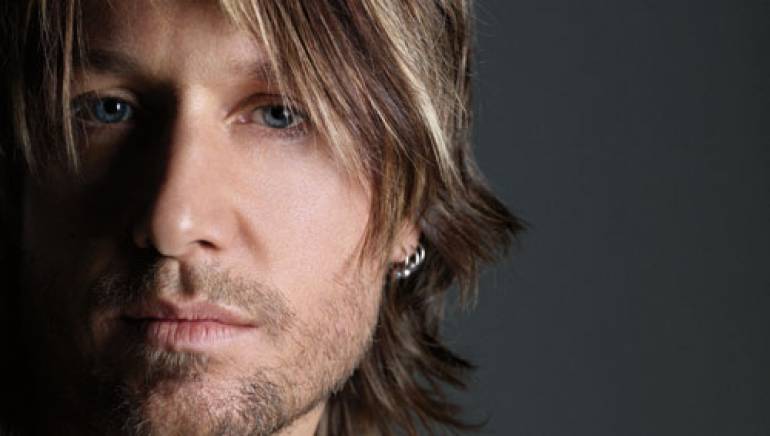 To say the past year has been a whirlwind of change for Australian Keith Urban would be an understatement, considering he married actress Nicole Kidman in June, checked himself into rehab in October, and released his new album, Love, Pain & the whole crazy thing, in November.

Marriage to a major movie star no doubt increased media attention on the country artist tenfold, but it also seems to have fueled his creative powers as well, since the new album has been hailed by many as Urban’s best and most powerful. The first single, “Once in a Lifetime,” has already made history as the highest-charting debut (No. 17) in the 62-year history of Billboard’s Hot Country Songs chart; it was also the most-downloaded album on iTunes.

The road to success has been rocky for this superstar, who spent a decade paying dues in Nashville after moving to the States in 1992. He first garnered attention as part of the Aussie-tinged band The Ranch, which packed houses around town with their dynamic live shows, but failed to catch fire at radio with their Capitol Records debut in 1997. Going solo proved to be the ticket for Urban, and his 1999 self-titled debut secured him a place as a standout talent among country’s newcomers. But it was 2002’s Golden Road that truly launched Urban’s career. Hits like “You’ll Think of Me,” “Somebody Like You” and “Raining On Sunday” made him a platinum seller.

The album eventually sold over three million copies, and by the time Be Here was released in 2004, Urban was spending the majority of his time at the top of the charts, racking up No. 1s with hits like “Days Go By,” the monster ballad “Making Memories of Us,” and his seventh chart-topper, “Better Life,” which he co-penned with Richard Marx. (The two also collaborate on the new album on the song “Everybody.”)

With that caliber of success comes a certain pace, however, and Urban no doubt battled exhaustion and weariness as he conquered the road first as a supporting act for both Brooks & Dunn and Kenny Chesney, and then on his own headlining theater tour in 2004 and arena tour in 2005. And so he found himself sequestered in rehab during the honeymoon phase of his marriage and the crucial promotional set-up period for his fourth studio album. The move was a courageous one for anyone, but for an artist at the height of his popularity even more so, some might say. But honesty and emotional sincerity has always been a hallmark of Urban’s work.

“It’s just an accurate reflection of where I am now,” Urban says of his new record. “It’s about life. The title came from a great old movie called ‘Love, Pain and the Whole Damned Thing,’ and we just swapped ‘damned’ for ‘crazy,’ and it gave the right sense of how the album feels and what it’s about.”

Co-producing the album with longtime collaborator Dan Huff at Urban’s Nashville home may have provided an extra creative stimulant as well. “I found this house that had a great room in the front with windows all around and amazing views, and almost all of the songs for this album were written there. It was supposed to be the dining room, but I sacrificed that for the music.”

Dinner-parties-be-damned turned out to be a smart philosophy for Urban, whose first two songs from the album have already skyrocketed up the charts. One of his favorite songs, current single “Stupid Boy,” was the most-added song on the charts two weeks in a row, and was chosen by Kidman. The ballad addresses how foolish and reckless men can be with the hearts of the women they love, and was co-written by new artist Sarah Buxton, who also recorded it for her own record.

Other gems on the record include “God Made Woman,” featuring choir backing and a majestic mix of string arrangements by David Campbell, and “Raise the Barn,” a rousing nod to those rebuilding in New Orleans featuring buddy Ronnie Dunn. “I’ve always wanted to do a song with Ronnie, and he records all his vocals in an old barn on his property. Needless to say, when we did it there was a whole lot of ‘raising’ going on!”

The album includes a healthy mix of country and pop, which is just what Urban was going for in widening the road for not only country artists, but all artists in general. “I have different tastes,” explained Urban recently. “Diverse is not necessarily scattered. I can’t take too much of the same thing. The iPod has allowed for diversity in people’s tastes. It’s not about genre. It’s for short attention span people who want Metallica and Merle Haggard. And I think it has created acceptance for diversity on a single record.”