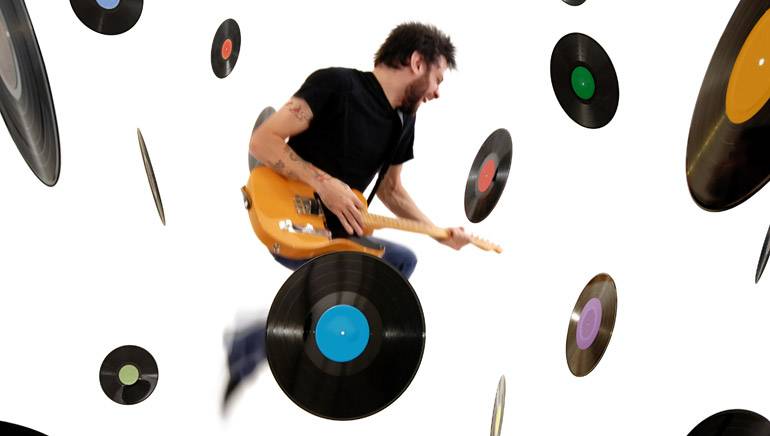 Cover songs come in a variety of flavors, from radical reinterpretations with little resemblance to the original, to letter-perfect copies featuring nearly identical backing tracks (some even using the same make/model instruments and recording gear as on the original). While there are those who believe that a cover isn’t really a cover unless it’s a spitting image, a number of great remakes have been anything but faithful—and, perhaps not surprisingly, it’s those versions that often have the longest shelf life.

Take the Norman Whitfield-Barrett Strong classic “I Heard It Through the Grapevine,” for example, which yielded no less than three hit renditions over a three-year period. Gladys Knight & the Pips’ single release made it all the way to No. 2 in 1967, but that was just a warm-up for Marvin Gaye’s singular take that topped the charts for seven weeks in late 1968 and inspired Creedence Clearwater Revival’s own indelible cover that featured on 1970’s Cosmo’s Factory album. While the main riff and chord progression are similar throughout, each arrangement is remarkably unique—unlike the Pips’ straightforward soul delivery, Gaye’s “Grapevine” is menacing and melodic, an eerie amalgam of toms, electric piano and symphonic flourishes supporting Gaye’s potent lead vocal. The blueprint for John Fogerty’s equally powerful CCR arrangement, the third “Grapevine” reduces the backing to a set of droning guitars over spare drums and bass—hardly the first (or last) time a Motor City cover would successfully cross into the rock mainstream.

That ability to transcend genres is, in fact, a hallmark of many a classic cover. “I Can’t Stop Loving You” became a Top 10 B-side in 1958 for country singer/songwriter Don Gibson, but it was Ray Charles who transformed the song with his inspired country-meets-soul interpretation four years later, simultaneously reaching No. 1 on both pop and R&B charts. Lesser known but equally notable is Gibson’s chart-topping country A-side “Oh Lonesome Me,” a song that would find its way onto Neil Young’s breakthrough album After the Gold Rush a dozen years later. One of the few non-originals in his catalogue, Young, in typical fashion, turns the cover concept on its ear, adding new chord changes, altering the melody and time signature, and including a bridge that bears little resemblance to Gibson’s. Ultimately the song sounds less like a cover than a bona fide Neil Young song—which is undoubtedly what Young had in mind in the first place.

Few have taken the cover exercise to such lengths as the highly skilled and unpredictable Ryan Adams, who surprised more than a few listeners last fall with his cut-by-cut remake of megastar Taylor Swift’s 2014 collection 1989, which Adams issued nearly a year after Swift’s release. On paper it seems improbable: 1989’s third track, “Style,” for instance, is Swift at her infectious best, with instantly recognizable chorus hook tied to a steady dance-pop synth backing. While keeping the meter and chords relatively intact, Adams, a musical chameleon of the highest order (who has channeled everyone from Jerry Garcia to Bruce Springsteen in his own works), adopts his best Bono vox and, supplanting electric guitars for synths, transforms “Style” into a heavy, reverb-laden affair with an unabashedly mid-80s U2 attitude. Although completely different, Adams pulls it off, garnering enthusiastic praise from 1989’s creator herself.

So, what lesson can songwriters take from this and why should home-studio dwellers spend their time cutting covers? The process of dismantling and reassembling the ingredients of a covered tune can give you a glimpse into the mechanics of song construction and studio production, invaluable for anyone looking to expand their base of knowledge. Remembering that a little change can go a long, long way opens the door for improving elements of your own songs when you experiment with the vibe, chord voicing, instrumentation, timing and effects, as others have when they’ve taken covers and made their own “classic” versions.