When BMI songwriting heavyweights swept the short list of 2008 inductees into the Nashville Songwriters Hall of Fame, the company realized the feat called for a special reception honoring the new Hall of Famers. Friday, October 31, inductees John Hiatt, Tom Shapiro, and Matraca Berg were joined by close friends and family members at BMI’s Music Row offices for an intimate celebratory luncheon. BMI’s Jody Williams praised the unique individual accomplishments of the elite trio and noted their deep roots with BMI, musing, “These kind of long-term relationships are the goal of this organization. We want to nurture and support our writers in their nascent stages, and to grow with them as they develop.Tom, Matraca, and John are BMI - the way it’s supposed to be.” 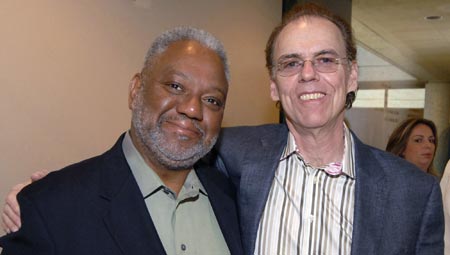 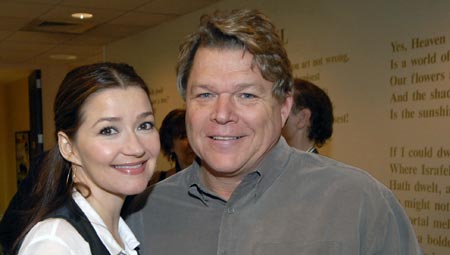 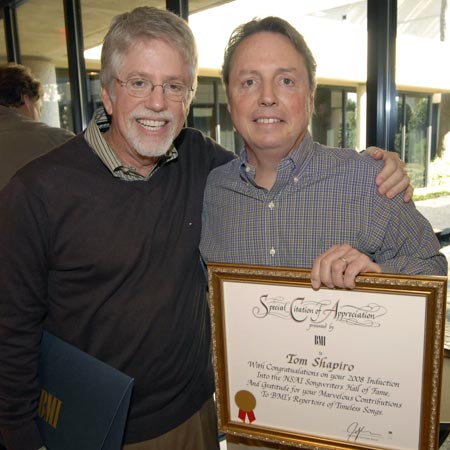 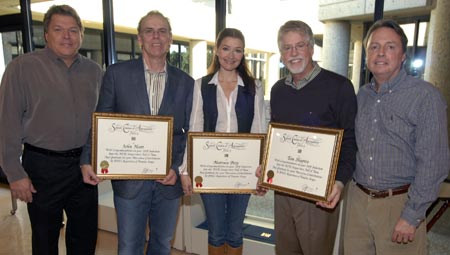