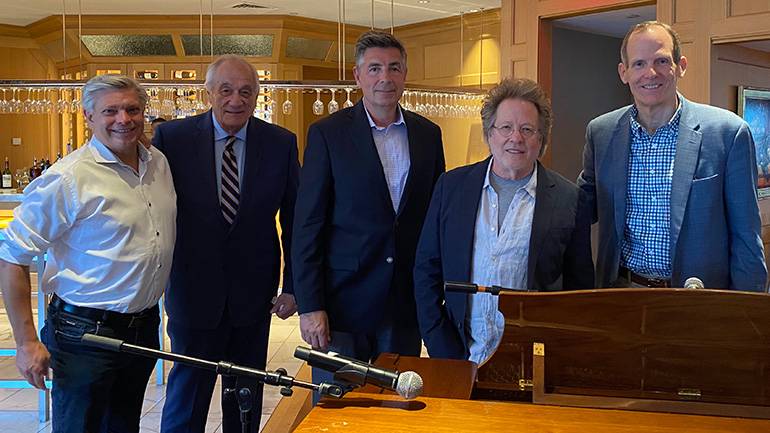 Award-winning BMI songwriter Steve Dorff made the trip up to Boston recently to entertain state and national hotel & lodging association executives who were in town for the summer meeting of the International Society of Hotel Associations (ISHA). Dorff, who was inducted into the Songwriters Hall of Fame in 2018, performed a number of the hits he has written for artists like Whitney Houston, Barbara Streisand, Anne Murray, Kenny Rogers and George Strait, while also playing a medley of the music he wrote for iconic television shows like Growing Pains, Columbo, Murder She Wrote and Spenser for Hire. ISHA is a professional association consisting of the chief staff executives and other staff of local, state, national and international lodging trade associations. 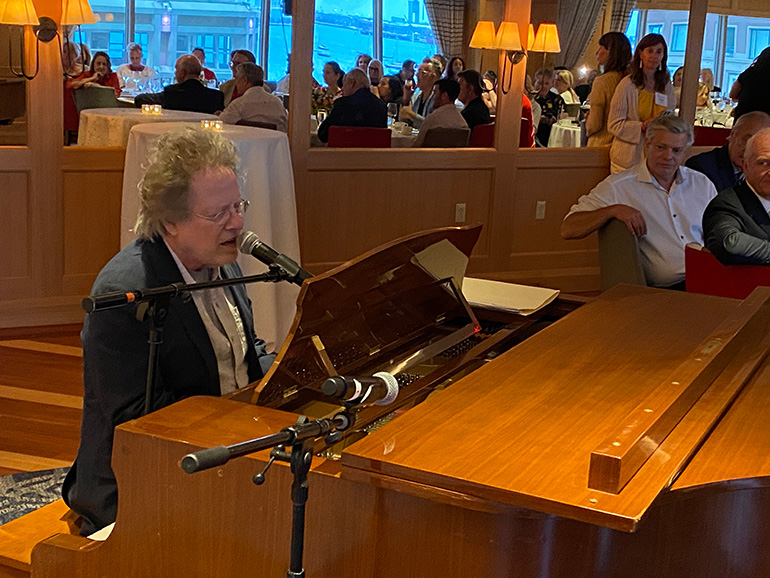 Hall of Fame songwriter Steve Dorff performs at the closing dinner of the ISHA summer conference held at the Boston Harbor Hotel.