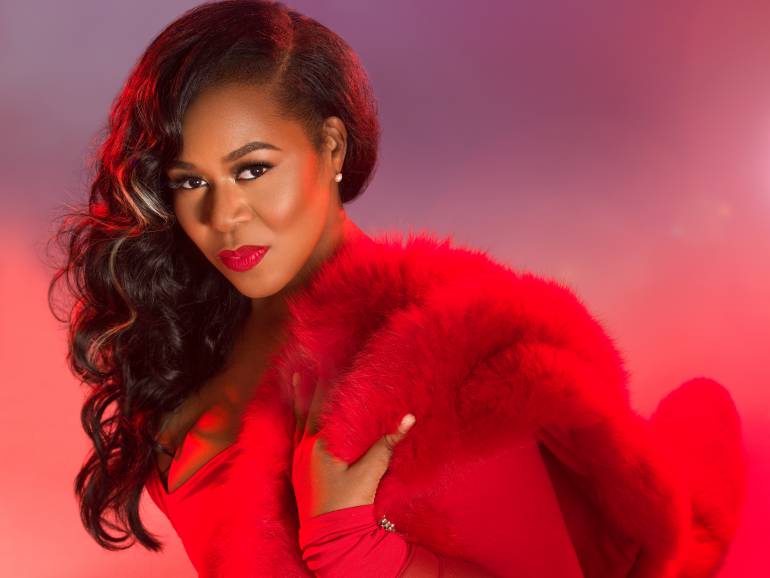 As careers in songwriting go, Makeba Riddick-Woods’ is a tough one to top. Since first starting out as a songwriter/producer in 2005, she’s written or produced chart-topping hits for Beyoncé, Rihanna, Jennifer Lopez, Mariah Carey, Selena Gomez, Toni Braxton, Eminem, T.I., Solange Knowles, Rita Ora, Kellis, Jessica Simpson, Fantasia, Katharine McPhee, Michelle Williams and several others. This past summer, gospel singer Koryn Hawthorne took Riddick-Woods’ “Won’t He Do It” to the #1 spot on the Billboard Gospel chart, further expanding the songwriter’s remarkable reach across the music industry.

In the wake of the Billboard Hot 100 success of “All I Have” by Jennifer Lopez featuring LL Cool J, which Riddick-Woods co-wrote at the age of 20, she was signed to her first publishing deal with EMI Music Publishing by Sean “Puffy” Combs and nicknamed “Girl Wonder” for her tireless tenacity. Later signed by Roc Nation, Jay-Z’s label and production house, Riddick-Woods spent a decade penning and producing some of her biggest hits, cementing her formidable status in the business. More recently, the GRAMMY nominee is the music producer behind two successful shows on the FOX network, Lee Daniels’ Star and Empire.

BMI recently caught up with Riddick-Woods to try to glean the formula for her success.

You’ve written hits for some of the biggest names in the industry. Tell us a bit about that journey.
It’s something that I’ve worked tremendously hard for and sacrificed for. Once I wrote my first hit for Jennifer Lopez, I thought everything would fall into place quickly and my career would take off. It did not. It was truly a process and a journey. Those relationships took time and effort to cultivate and nurture. I spent a lot of time working on my craft, recording with unheard-of producers and musicians and developing my own writing style. I was sleeping on studio floors and surrounding myself with those who were more experienced than I was, at that time. Always learning and seeking to be better, more and more. After J.LO, it was a few years before I met Jay Brown and Ty-Ty of Roc Nation, who changed my life and introduced me to a young Rihanna. Once we hit it off and began making hits together, everything just spiraled into multiple successes and hit records from there.

Was there a single piece of music that set you on your path and convinced you to be a songwriter?
When What’s the 411 by Mary J. Blige came out in 1993, that body of work just touched me in such a way that I wanted to impact people through song. I wanted people to feel something the way I felt listening to every song on that album. I was a huge fan of Kenny “G-Love” Green of the group Intro. I LOVE-LOVE-LOVED the Intro album, too, and I discovered that he was writing for Mary at that time before he passed on. The whole Uptown Era, early 90’s just did it for me, man!

What inspires you and where do you get your musical ideas from?
I grew up in what, to me, was the greatest era of music, the 80’s and 90’s, and I was inspired by a lot of artists from the 70’s that my grandmother used to listen to around the house. Artists like Marvin Gaye, Aretha Franklin, Bobby Womack (one of my favorites) and Bill Withers. I was there to see the birth of real, true R&B stars that shaped and changed the culture of music. When Andre Harrell launched Uptown Records and introduced Mary J. Blige and Jodeci to the world, he single-handedly shaped MY future. I was so inspired by everything about those artists that it literally let me know that I would pursue a career in music. When I was 13, I told my mom I would be living in New York by the time I was 21. I was so anxious to get there and get my start in music and live in that world that I would hear about in their songs, I finished college at 19 and made a beeline for New York City. I think Devante Swing of Jodeci is my biggest musical inspiration. To see someone at that time so young with so many musical gifts of writing, arranging, producing, performing, it spoke to my soul in such a way that I wanted to follow the same path. The music moved me in a way that kind of stuck to my soul. To this day, I can’t listen to certain songs because the nostalgia of those days is just too heavy. I want to go back to those times. But I’ve always strived to write songs that move people that way—to get stuck to your heart and mind and become the soundtrack of a particular moment in life. My musical ideas come from many different emotions, I would say.

To your mind, what are the key elements of a hit song today?
Repetition, a catchy melody an infectious beat. I feel like it doesn’t take much to make a hit today. But a classic song is an everlasting hit that could come out today—or 15 years ago—and still move people the same way. Those are the type of songs I strive to write. I think if Ella Mai’s song “Boo’d Up” came out ten years ago, it still would’ve been a hit because it’s a classic sound. I know for a fact that if “Me Myself and I” by Beyoncé came out right now for the first time in 2018, it would still be a hit. I think it would still move people the same way it did 12 years ago. It’s those classic hits that mean the most.

What is your creative process like?
Prayer first, study previous hits, artists, songs and let the music speak to me. I also try to keep it fun and light-hearted.

How do you switch gears from songwriting to producing?
The songwriting strictly consists of the lyrical content. The production side involves the sounds, the instruments, the levels of certain instruments and the effects we use on the vocals. Songwriting is something I was born with and doing ever since I was four years old. Production is something I’ve been working on and learning more about over the recent years.

How would you describe your approach to production?
Sometimes I’ll have an idea of the melody I want the synth to play and how the beat should bounce, and the specific sounds I want to use in a song before I have the lyrics and song concept. Producing is a really fun creative process for me. I always team up with a production partner to bring these ideas to life.

What’s the secret to a fruitful producer/artist relationship?
Nurture the artist to be their best. Don’t try to compete with them. Help them learn to be better at their craft. Make the artist become your biggest fan. After all, you’re giving them something they didn’t have before you. Whether it’s a sound or a mindset they didn’t have. Whether it’s giving the confidence they need or giving them a hit record. Become a friend and a supporter, not a competitor.

What was the best piece of advice you were ever given?
I met Jay-Z when I was in college backstage at a Bad Boy concert. My younger, greener self told him, “I wanna be just like you when I get my shot at this.” He said to me, “No, you’re gonna be better than me. Work hard and strive to be better.” That always stuck with me. That you always want to set your goals higher than the best.

Who is your dream collaboration?
Mary J. Blige. It would be a dream come true to actually write a song for her. I love her like I’ve known her all my life…well, I have, in a way. I grew up with her. I grew up listening to her music. As she grew on every project she released, so did I. Her music has been such a huge part of my life for so long. And John Mayer. John Mayer has to be my all-time fave songwriter. To get in the studio with him would be… unimaginable!!! Just incredible.

Who coined your nickname, “Girl Wonder”?
My friend and first songwriting collaborator Curtis Richardson used to call me that. He was the first one to tell me I had a real future in writing songs. He would make jokes because people would say I was in multiple studios in different cities at the same time. I used to work relentlessly day and night, traveling all hours of the night to be at different studio sessions. Back then It appeared that I was all places at all times, I guess.

What are you currently working on?
Working on writing more hits. I really wanna work with Arianna Grande and SZA.

Describe the role BMI has played in your career thus far.
Well, I’ve been with BMI for 15 years. They have been trusted, reliable family for me. When Wardell Malloy signed me many years ago, not only did we form a close, professional relationship that blossomed so many hits because of the network within the BMI company, but we also became friends as well. And everyone at BMI from Catherine Brewton to Barbara Cane and everyone in between supported me over and over again whenever I needed help with anything. They championed every success and nurtured a relationship with me that has become unbreakable. Because of our long-term relationship, I’ve been able to do things that helped me thrive and survive in this industry.