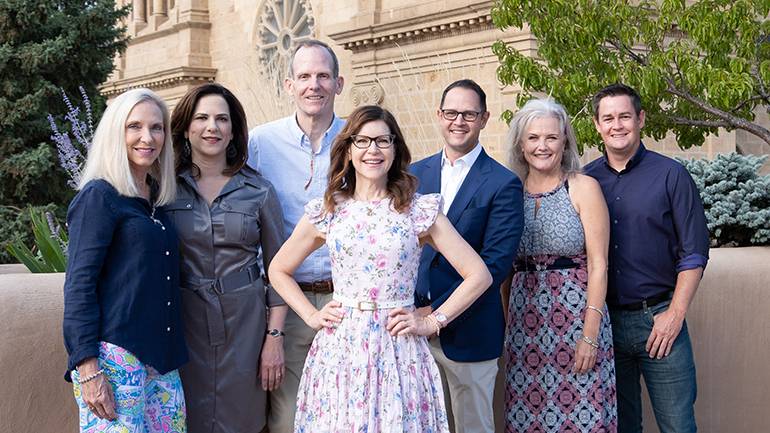 BMI singer-songwriter Lisa Loeb was the featured entertainment at this year’s Council of State Restaurant Associations Summer Conference, held in person recently in Santa Fe, New Mexico. The GRAMMY-winning artist highlighted the closing dinner by playing her hits and telling the stories behind her incredible repertoire of songs in front of an enthusiastic group of state restaurant association executives, as well as representatives from the National Restaurant Association. Loeb has enjoyed a successful career in music, film, television, voice-over work and children’s recordings, but is best known for writing and recording the platinum-selling #1 hit song “Stay (I Missed You)” from the film Reality Bites.

CSRA’s mission is to foster goodwill and promote the success of State Restaurant Associations and their members.