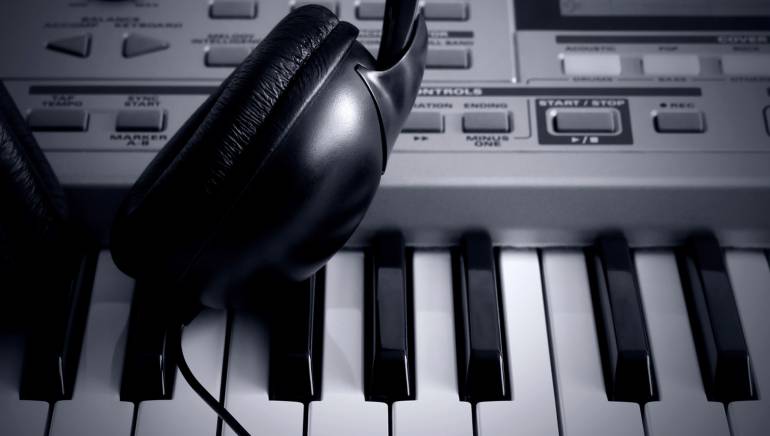 I’ve always been an ardent supporter of room sound, the all-important element that helps add vitality to a home demo. That said, for many of us convenience, as well as noise and space considerations, often take precedence. If you work late and the neighbors retire early, plugging straight into your recorder may mean the difference between making tracks and doing nothing.

When working sans amps, you’ll need to have a basic intermediary device between your instrument and your recorder that can facilitate a direct connection. One such item is the direct-injection or DI box, which balances and cleans a signal from any high-impendence sound source (such as a guitar or electronic keyboard). DI boxes come in two flavors: passive, which have no amplification nor alter the character of the incoming signal; as well as active boxes, which include a built-in amplifier, allowing you to shape the sound at the front of the chain.

The availability of multitrack recording apps makes it possible to craft basic demos right on your mobile device; since tablets and smartphones only have a single combined input/output connection, however, you’ll still require a proprietary interface in order to record an instrument directly while simultaneously monitoring previous tracks.

Going DI isn’t exclusively for noise-prevention situations. For example, many bassists prefer tracking via direct-injection rather than recording off an amplifier. In addition to providing a “cleaner” sound, direct bass can eliminate problems commonly associated with live recording, such as excessive leakage from nearby instruments. Not that you necessarily have to choose one technique over the other; by miking the bass amp (with a low-frequency microphone such as an AKG D-112) while simultaneously sending the signal directly to the console (by lining out the back of the amp, or splitting the signal at the source), you can have the best of both—a fuller, more ambient sound, along with improved articulation derived from the DI.

Back in the old analog days, some fairly unique sounds were concocted by simply running an electric guitar straight into a tube-based mix console, then overdriving the channel. While modern circuitry has zero tolerance for such antics, by inserting a tube pre-amp or overdrive (particularly in conjunction with a compressor) you can achieve decent-sounding direct edge, without frying any of your solid-state circuits.

If the goal is to make tracks without making a racket, a few suitable effects processors can go a long way. Though purists may balk, the ability to direct-patch any number of programmable sounds from a modeling amplifier, multi-effects pedal or set of plug-ins is undeniably helpful when cutting scratch demos on the fly (traditionalists can always replace those canned tones with real ones once the neighbors have left the building).

Meanwhile, a good microphone amplifier will help ensure adequate sound quality when recording vocals directly to a laptop or other computer-based program. Basic mic-pre boxes typically use a 12AX7 tube to warm up the signal, while also offering a volume pad as well as 48v phantom power for operating a condenser mic.

Nowadays there are plenty of alternatives for getting basic automated percussion for your demos, from downloadable loops to standalone machines—assuming you like that sort of thing. If you’d prefer something a bit more organic, you could consider stitching together a backbeat by “sampling” portions of a real drum track from one of your existing recordings—all you need is a little editing savvy and a basic waveform utility (such as freeware Audacity, which lets you arrange and loop parts without having the stitch marks obvious to the listener).

Though it’s pricier, for real drummers perhaps the best solution is an electronic drum kit, comprised of a set of synthetic drum and cymbal trigger pads that digitally send life-like percussion sound straight to your recorder, perfect for all your nighttime tracking needs. Like modeling amplifiers, module-based percussion kits include an assortment of genre-spanning pre-sets which can be tweaked to taste; unlike robo-rhythm makers, you can play an electronic kit, thereby allowing you to have the same nuances and accents you’d get out of a miked drum set.

If the idea is to keep your sounds to yourself by recording direct, the same rule applies when listening to playbacks—i.e., no loud studio monitors allowed. With everything going straight into your ear, then, be extra careful when selecting a set of headphones. Closed-cup (or even semi-closed) models are typically your best bet in that they hold sound leakage to a minimum; studio-quality headphones also tend to provide better bass response and overall sound reproduction. Don’t be surprised, however, if your mix attempts leave something to be desired once played through regular speakers; due to the proximity of the sound to your eardrums, it is often difficult to achieve an accurate balance when monitoring through headphones. If possible, leave the final mixing for the daylight hours.