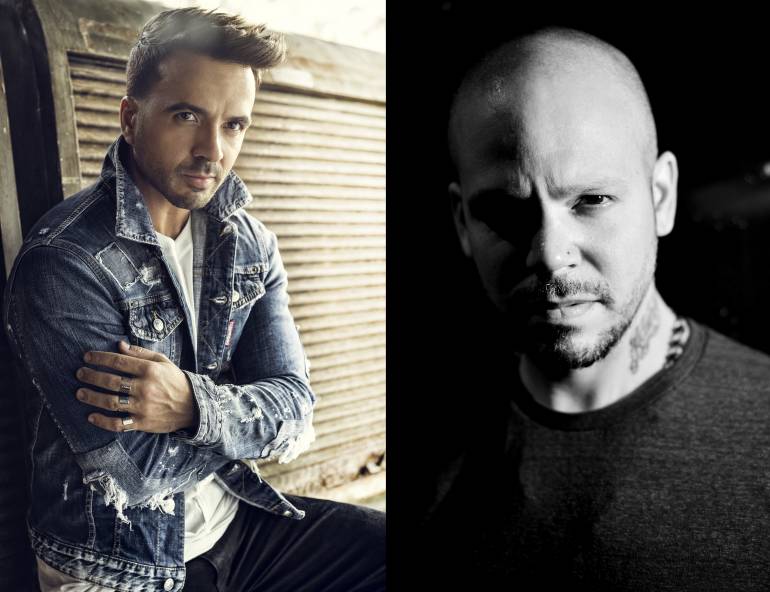 BMI is proud to announce that superstars Luis Fonsi and Residente will be honored at the 25th Annual BMI Latin Awards. Fonsi, the celebrated singer/songwriter and music producer behind “Despacito” and many other hits will receive the BMI President’s Award in recognition of his outstanding achievements and contributions to both Latin and Pop music since beginning his career nearly two decades ago. BMI will also present multiple award-winning entertainer Residente with the BMI Champion Award. Marking the first time such an honor has been given out during the show’s 25-year history, the celebrated singer/songwriter/rapper/producer and filmmaker will receive this accolade in recognition of his exceptional artistry and philanthropic efforts which have touched the lives of many people around the globe.

The event, to be held on Tuesday, March 20, at the Beverly Wilshire Hotel in Beverly Hills, CA, will be hosted by BMI President & CEO Mike O’Neill and BMI Vice President of Creative, Latin Music, Delia Orjuela.

“Not only is Luis one of the most influential songwriters in the Latin music community, he’s one of the genre’s biggest stars and is responsible for one of the most talked about songs of the year,” said Orjuela. “His music transcends genres and resonates with millions of music lovers around the world, and his passion for creating unforgettable songs is matched only by his tremendous humanitarian efforts. We are truly honored to bestow this year’s President’s Award honor to Luis Fonsi.”

As one of the leading Latin music figures of his generation, Fonsi has received many accolades and some of the most prestigious awards in the music industry, including five Latin GRAMMYs, two American Music Awards, two Teen Choice Awards, and five Billboard Awards, among others. He’s received three GRAMMY nominations for his smash crossover “Despacito” with Daddy Yankee, which was the biggest song of 2017 in the U.S., according to Nielsen. The monster hit accrued 1.3 billion streams and shattered many records across Billboard charts, including tying Mariah Carey and Boyz II Men’s 1995 collaboration “One Sweet Day” for the longest run at No. 1 on the Hot 100 chart.

Early in his career, Fonsi had already established himself as a rising star in the Latin music community, dating back to his 1998 debut album Comenzaré, which included the hits “Si Tu Quisieras” and “Perdóname. He went on to record six more albums, all of which were certified either gold or platinum in several countries, including 2014’s 8 which peaked at No. 2 on Billboard’s Top Latin Album chart.

Fonsi has toured extensively around the world and collaborated with a wide array of artists from various genres, including Christina Aguilera, José Feliciano, Daddy Yankee, DNCE, Nicky Minaj, and Demi Lovato, among others. He’s graced the cover of magazines such as People en Español, and Esquire in Latin America, and performed on Ellen, CONAN, The Voice and the Tonight Show with Jimmy Fallon, to name a few. With no signs of slowing down, Fonsi’s latest single “Échame La Culpa,” featuring GRAMMY nominee Demi Lovato, is now a global hit and already breaking various records in the digital platform arena.

Beyond his work in the arts, for the last eight years, Fonsi has served as the spokesperson for St. Jude’s campaign Thanks and Giving for the Hispanic community. He was also instrumental in providing aid to those affected by the devastation of Hurricanes Irma and Maria through the Help Me Rebuild La Perla Foundation to support the efforts to get the historic town of La Perla in the heart of Puerto Rico back on its feet.

With regards to the evening’s other major accolade, Orjuela said, “Outside of being one of Latin music’s most highly decorated award-winners, Residente is a true humanitarian. The BMI Champion Award will recognize his tireless efforts to affect change, and through his music, he’s made a direct and productive impact on countless people around the world.”

Residente, born René Pérez Joglar, began advocating for social change early in his career through his music as a member of Puerto Rican rap group Calle 13, which he co-founded. Throughout the years, he has experienced tremendous success and was instrumental in helping the group earn a record-setting 22 Latin GRAMMYS and three GRAMMYs. As a solo artist, his latest self-titled global music album, Residente, was named one of Rolling Stone’s top 50 albums of 2017, and won Best Urban Music Album and was nominated for Album of The Year at the 2017 Latin GRAMMY Awards. In 2018, Residente won the GRAMMY for Best Latin Urban Album for his eponymous release.

As a humanitarian, Residente’s relentless work for change has impacted the poorest communities in Mexico, hurricane victims in El Salvador, and most recently, those affected by Hurricane Maria in Puerto Rico. His music has given him an international platform to speak on social injustices such as LGBT equality, human trafficking and cultural diversity. He was previously a spokesman for Amnesty International and UNICEF, and he received the Nobel Peace Summit Award for his commitment to social justice and international human rights in 2015.

In receiving this honor, Residente joins previous BMI Champion Award recipients, Keith Urban and Congressman Doug Collins (R-GA-9), who were both honored for their tireless commitment to support the next generation of songwriters and music makers.

Throughout the evening, the private event will also salute the songwriters, publishers and administrators of the past year’s most-performed Latin songs in the United States. The BMI Regional Mexican Song, Songwriter, BMI Contemporary Latin Song, Songwriter and Publisher of the Year will also be named during the ceremony.